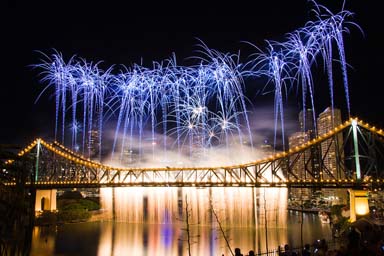 Brisbane’s Story Bridge is to open as a location for special events from 2015.

“I encourage event organisers with a fantastic idea that will showcase Brisbane to the world to get online and apply to use it as part of a special occasion.

“That could involve events such as a major road race or fun run, a cycling event or a significant cultural event.

“In the coming years, Queensland will be on the world stage with major international events including the G20 Summit, AFC Asian Cup, ICC Cricket World Cup and 21st Commonwealth Games. We’re keen to keep Brisbane in the international spotlight in the years to come through the use of this superstructure.”

The Story Bridge has previously only had limited availability for events, and has only been closed for firework display Riverfire.

Lord Mayor Graham Quirk said strong community interest in using the Story Bridge as a location to host events was a direct result of the bridge’s ever-increasing popularity.

A maximum of four events a year will be approved for a full bridge closure. Applications for events to be held from January to June 2015 are now open and close on Friday 24th October 2014. 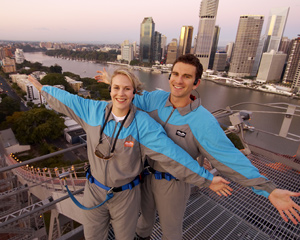 The Bridge has operated as an adventure attraction, the Story Bridge Adventure Climb (pictured above), since 2005.

For more information on using the Story Bridge for events go to www.qld.gov.au/events