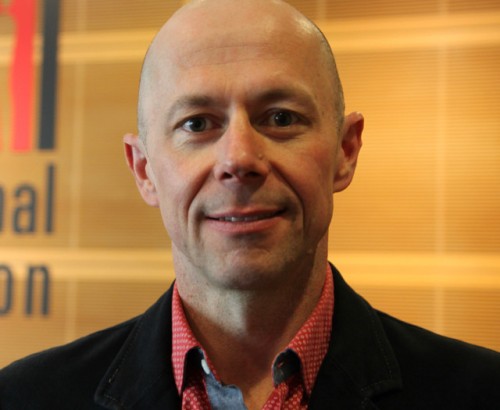 Succeeding fellow Life Member and PFA Champion Craig Foster, who has completed an interim appointment, Schwab was unanimously appointed to the non-executive role at a meeting of the PFA Executive Committee this week.

Currently Head of UNI World Athletes, the world players’ association across professional sport based in Switzerland, Schwab said he was honoured to have been appointed to the role.

Schwab stated “I have had the privilege of representing the PFA and Australia’s elite footballers over the past 20 years and am delighted to once again be involved with the organisation and Australian football.

“The next few years will see the game embark upon a series of critical media, commercial, structural and industrial negotiations, and it is essential that the players are well positioned to drive those talks for the betterment of all stakeholders.”

Wilkinson commented “Brendan brings great expertise, experience and commitment to Australian football and the players’ association movement, and we are delighted that he has accepted the role.

“The Chairman plays a key role with the Executive, which consists entirely of active players, in ensuring the PFA at all times demonstrates the necessary leadership and governance to carry out its mission.”

PFA Chief Executive John Didulica thanked the outgoing Foster for his service, adding “on behalf of the players, I would like to thank Craig for the outstanding work he has undertaken during his time as PFA Chairman.

“Craig returned to the PFA in late 2015 with the mission of ensuring that the organisation was once again positioned to advance the interests of the players and the sport in its next stage of growth.”

Having instigated and overseen the extensive review of the PFA and the appointment of a new Chief Executive, Foster said he was certain the PFA was now well equipped to once again play an important role in shaping the future of the game.

Foster explained “with the review and reorganisation complete, the final point of business was to leave the organisation in the best of hands.

“I am thrilled to have been able to entice Brendan back to Australian football. His acumen, knowledge and intellectual courage has been missed.

“As a leadership team, John and Brendan are world class and perfectly placed to take the organisation and the broader game forward along with a staff and player group, male and female it has been a privilege to work alongside.

“I am satisfied the PFA will continue to fulfil its vital role in achieving the eminence for Australian football that we all so greatly desire.”

Schwab represented the PFA on the NSL Task Force that recommended the establishment of the A-League in 2004. He also represented the PFA with FIFPro, the world footballers’ association, including as Chairman of FIFPro Asia (2007 to 2015) and on the FIFPro Board (2009 to 2015). He established the PFA’s major collective bargaining agreements for the NSL, A-League, Socceroos and Matildas players.