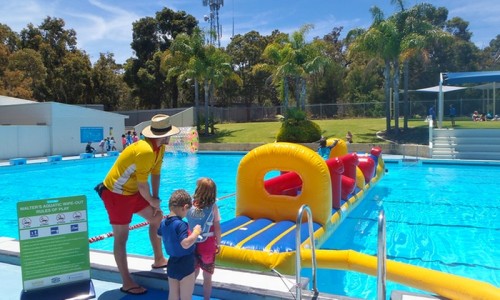 The Shire of Kalamunda will borrow about $2 million to complete the Kalamunda Water Park so that it can reopen in December.

In its 2011/12 budget, passed last week, the Shire has a provision of $1.85 million in loan funds to support the project, with $2.1 million allocated in total.

Earlier this year the Shire owned park, which has been closed since the start of 2010, had been identified as being unsafe. Consultants Geoff Ninnes Fong and Partners found that the waterpark's waterslide catch pool, spa and kiddy area were "grossly deficient" with the Perth-based consultancy adding that "due to (the waterpark's) current condition and poorly conceived/outdated system design, the existing spa/kids pool should be taken off-line and decommissioned."

More than 60 faults were found with the park, including the hydraulic and water-quality systems which resulted in poor water quality. The spa was running predominantly on contaminated water.

Shire President Don McKechnie said he understood that the would reopen for December.