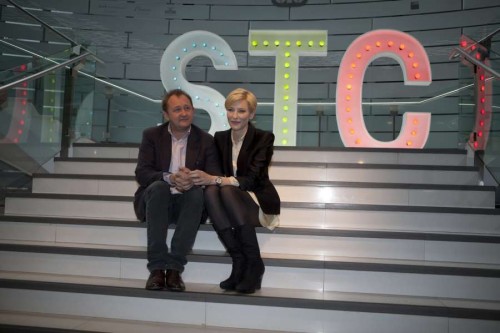 Oscar-winning actor Cate Blanchett and playwright husband Andrew Upton are to relinquish their roles as co-artistic directors and Chief Executives of the Sydney Theatre Company (STC).

The high-profile couple, who are credited with turning around the company's finances during their tenure, will step down at the end of 2013.

In a statement released at the weekend, STC Chairman David Gonski explained "as they announced at the launch of the 2012 season, it was always their intention to only stay for two terms.

"We asked Cate and Andrew to stay on but we respect their decisions to leave in two years' time to pursue other professional interests."

Gonski paid tribute to the pair, adding "as co-artistic directors and CEOs, with inspirational leadership, Andrew and Cate turned around the STC's finances and made it a sustainable business while taking it to new artistic heights.

"They are a couple not only of extraordinary talents and profile but they have a strong business sense and a strong financial rigour."

The couple launched their debut STC program in 2009.