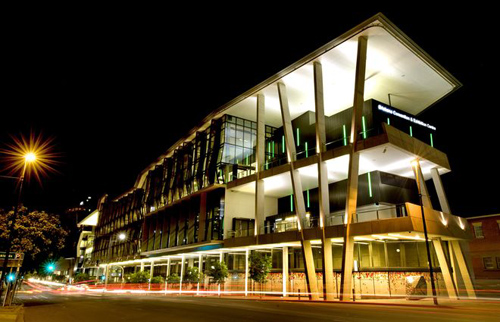 Brisbane Convention & Exhibition Centre (BCEC) has been announced as the official venue for the G20 Leaders Summit in Brisbane in November 2014.

The world's premier forum for global economic co-operation and decision making, the G20 Summit brings together leaders and finance ministers from countries which account for more than 85% of global economic output.

Australian Prime Minister Julia Gillard declared Brisbane a world class city worthy of hosting the leaders of the United States, Great Britain, Russia, China and other nations, saying Brisbane was the "stand out city" to host the leaders of the world's biggest economies.

In her announcement, Prime Minister Gillard stated "Brisbane is a snapshot of our economy and the city's logistics are excellent", citing the world class facilities of the BCEC and the Brisbane Airport as major factors in the selection process.

The Prime Minister added that BCEC was "a fantastic facility" and the airport well positioned to deal with the arrival of so many world leaders in a compressed time frame.

With trade and labour conferences to precede the G20 conference, about 7,000 people are expected to attend including 3,000 accredited media.

Joining the international leaders will be key officials from the United Nations, the World Bank, the World Trade Organisation and the International Monetary Fund.

An independent study of the Seoul G20 in 2010 found South Korea enjoyed economic benefits of about $20 billion including new infrastructure, accommodation, global tourism promotions and awareness as well as additional conferences being booked before and after the Summit.

O'Keeffe explained "this is a unique opportunity to showcase Brisbane's credentials as an international business destination as well as the world class facilities of the Convention Centre and the city's infrastructure."

The Russian city of St Petersburg will host the G20 in 2013.

For more information go to www.bcec.com.au