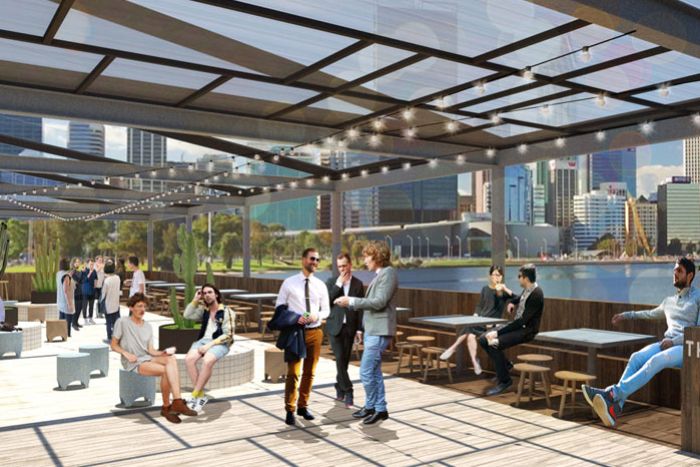 A floating event venue that can accommodate parties for up to 250 people has been granted approval to operate in the Swan River, about 400 metres from Perth’s Elizabeth Quay.

The $1.5 million barge - known as ‘The Raft’ - will cover 420 metre² and host events including weddings, corporate functions and cinema nights.

The company behind the proposal, Old Salt, will transfer people by boat between the Barrack Street Jetty and the barge, which will be permanently moored in the middle of the river.

It hopes to have the facility operating early next year.

The Western Australian Government said strict environmental conditions relating to noise and waste management have been applied to the approval, but the facility still needs to be granted a liquor licence.

However, a larger proposal by rival company Barge Co for a 50-metre-long vessel for up to 600 people has been refused.

This comes despite the company being granted a liquor licence for its $7.3 million proposal to operate off Elizabeth Quay and Port and Coogee beaches.

Western Australian Environment Minister Stephen Dawson said nine Government departments had lodged concerns with the proposal, advising “there were some concerns about the size of the other proposal and the fact it was a very big boat and it would need to go under the Fremantle Traffic Bridge.

"If there was a gust of wind or a high tide it would put that bridge at risk."

Commenting on the venture, Western Australian Tourism Minister Paul Papalia stated "I welcome any new venture that adds to Perth's vibrancy and offers visitors more choice of activities while they're here.

"The more buzz there is about the city, the more likely people are to visit and the more there is to do, the longer they'll stay.

“The Swan River event barge is another example of the confidence business people have in the future hospitality and tourism growth of Perth."

Image: An artist's impression of The Raft.