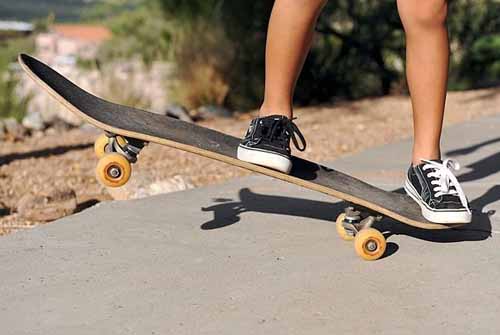 South Hedland Youth Space, Australia’s largest skate park, has opened with the construction fences coming down as of Monday 9th February - five weeks ahead of schedule.

Port Hedland Mayor Kelly Howlett said the project was a result of positive community engagement and collaboration with youth, residents, industry and government.

Mayor Howlett explained “I am delighted to announce the South Hedland Youth Space is available to use.

“A few items are still to be completed – such as consolidation of landscaping and installation of shade structures – however, we couldn’t keep the fences up any longer!

“We’ve received excellent feedback from youth who have been treated to behind the scenes tours during construction … (one nine year old) commented that he thought the new skate park was awesome and couldn’t wait for it to open so he could start riding his scooters and skateboard.

“Young members of the community have been engaged in the consultation process from the beginning, making the skate park a true youth zone.

“A strong theme of the comments from the various workshops revolved on designing a space that will continue to encourage strong participation as shown in the existing skate parks whilst offering various uses for wider active and passive participation – and this is now reflected in the amazing facility for our community.”

Mayor Howlett acknowledged the role key partners in the construction of the $3.8 million project, thanking BHP Billiton Iron Ore ($2.3million) and supporting partners Lotterywest ($650,000), Fortescue Metals Group ($500,000) and LandCorp ($350,000 through the State Government’s Royalties for Regions Fund), for their involvement and helping to bring this project to life.

"We are very proud of our past involvement in the development of the Port Hedland skate park and are delighted to be building on infrastructure we have previously supported in South Hedland including the water play park, the stadium and the aquatic centre upgrade.”

The construction of the skate park commenced in August 2014 and is a major component in the revitalisation of South Hedland CBD with major benefit and value for youth and families.