Australia’s cultural economy in a quagmire 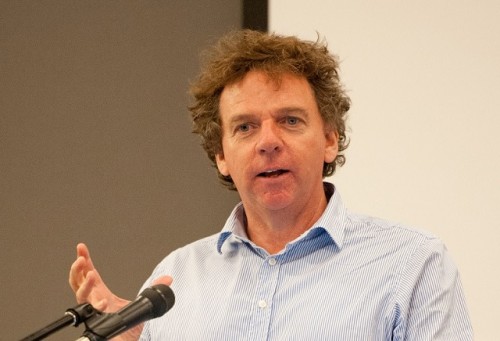 In a newly released platform paper from Currency House, cultural economy expert Justin O’Connor passionately argues against the entrapment of the arts in the language of metrics and the persistent absence of culture in Australian policy-making.

In After the Creative Industries: Why we need a cultural economy, Justin O’Connor, Professor of Communications and Cultural Economy at Monash University and visiting chair at Shanghai Jiaotong University, urges the sharing of a common language of public value.

Professor O’Connor says that the cultural sector deserves to be treated as a public good, like health and education, which occupy a large place in our market, and yet the market is not seen as the reason for their existence.

Launched in a keynote address at the Creative Industries Engagement Forum in Melbourne on Thursday (5th May) in Melbourne, Professor O’Connor was critical of fashionable thinking since the 1990s collapsing arts and culture into other loosely defined creative industries, from innovation economics to digital technologies, stating “the abolition of art and culture’s ‘difference’ has resulted not just in their radical diminishment, but in the dwindling energy of the creative economy itself.”

He also lamented that “the rationale for arts funding has been reduced to a bare stump of ‘excellence’(with a) proliferation of using economic measures to nail down in terms of a metric the ‘real cost’ have made it hard to talk of value in a way that does not sound soft, wishy-washy and so very chattering class.

A statement from Currency House explained that the Platform Paper is “a timely critique as we speculate on how the arts and Turnbull’s other innovative ‘creative industries’ will fare in the budget.”

More from Professor O’Connor's Platform Paper can be read below.

Extracts from the Platform Paper After the Creative Industries: Why We Need a Cultural Economy by Justin O’Connor published by Currency House.

The abolition of art and culture’s ‘difference’ has resulted not just in their radical diminishment, but in the dwindling energy of the creative economy itself.

The rationale for arts funding has been reduced to a bare stump of ‘excellence’… the proliferation of using economic measures to nail down in terms of a metric the “real cost” have made it hard to talk of value in a way that does not sound soft, wishy-washy and so very chattering class.

The creative industries did not begin as a reduction of culture to economics but as an attempt to combine culture and the economy in a way that would bring growth and increased participation - a creative and a prosperous society.

It outlined an attractive and do-able policy agenda (no multi-billion dollar facilities needed!) which transformed the cultural sector into an object of government innovation policy. It captured the zeitgeist, and in a new age of Apple, Netflix and Sotheby’s International recognised that the well-worn defensive responses from the traditional arts community were no longer viable.

Creative industries brought together an economic vision - making money through ideas in a weightless digital economy - and a conception of individual and collective creativity that went right back to Frederick Schiller in the eighteenth century. Schiller was the first to argue that the sensual and the rational combined in the creative play of art, to create a form of knowledge quite different from ethical or logical reasoning.The fuel core of creativity lying at the heart of the western art tradition would now drive a collective participation in commercial innovation.

The dream of such an alliance has not entirely gone away. It is there as a kind of dull default, a nod to the youthful world of digital start-ups sitting uneasily with the remnants of previous cultural policy.

The arts - mostly the flagships, but sometimes the flotilla as well - do all the principled work on public funding. The cultural industries do capitalism, red in tooth and claw. The arts bear the residual idealism of earlier cultural policy (on an ever-dwindling budget) while the creative industries do the economic heavy lifting required today. To mangle Theodor Adorno, both are torn halves of an integral whole to which they do not add up.

We are engaged in an immense experiment to see if the act of monetary exchange can found not just a dynamic economy but the very basis of social existence and individual fulfillment. It is as crazy as Pol Pot’s Year Zero or Mao’s Cultural Revolution?

The destructive consequences of art becoming yet again the preserve of a monied class (however radically chic) while the rest of culture is left to the predations of big capital, are barely discerned. The demise of the newspapers and the critical journalism they supported, and the relaxation of media ownership, now seen as relevant only to ‘old technology’, speaks of the radical failure of cultural policy-making in Australia. It is not alone.

The fetishism of technological change, combined with a belief that the market is king, has been a catastrophe for a global creative industries agenda that saw itself as master signifier of the future. The robots, in the form of increasingly computerised services, financial algorithms, and government metrics, are winning.

The values of culture were always, since the end of the 19th century, about something more than, and different from, the instrumental world of economics and administration and concerned with a fundamental question: how is Australia possible? What binds us together as a society and a nation?

The question could be answered in different ways, of course: conservative, revolutionary, social-democratic or liberal-democratic. But the point was that culture articulated it in a space distinct from economics and in a way that directly informed public policy-making. We were citizens and patriots, rebellious and dutiful by turns. Cultural policy was an attempt to create institutions that would reflect, create or mould these roles into a functioning unity. Culture was also about self-development, it asked questions about authentic individual experience and the infrastructure required for its extension

Neo-liberalism has removed the need for all this. Culture as self-development - when not dismissed as code for elitism - now best secured by cost-effective market mechanisms of distribution, choice and purchase, and we are all bound together by our aggregated acts of purchase. Neo-liberalism, as an active reforming agenda may now be moribund but at present there is not much to replace it, and interregnums breed monsters.

The various constituencies that make up the cultural sector face a Herculean task. They have spent a decade trying to show they are useful to governments who increasingly look elsewhere to deliver what culture once did. Now they must re-articulate the public value of culture in a new, inhospitable landscape as a matter of urgency.

Art and culture are under immense threat. I am not thinking only about those sustained by public subsidy but about the fate of culture itself. Our system of collective and individual meaning-making has been given over to a market-machine for the capture of ‘profit without production’, whose dominating logic is financialisation and the battery of digitised metrics that goes along with it.

We are engaged in an immense experiment to see if the act of monetary exchange can found not just a dynamic economy but the very basis of social existence and individual fulfillment. It is as crazy as Pol Pot’s Year Zero or Mao’s Cultural Revolution.

We need a new articulation of the social cohesion and individual fulfilment for which culture once so obviously stood. In this we cannot retreat into a defence of art as ineffable and its payment a matter for somebody else’s accountant. We have to recognise that it is an economy but we cannot let the value of that economy be defined exclusively by economists.

Each of these have resisted the abstract logic of econometrics and sought to subject our individual and collective economic actions to social, ethical and political values.

The various practices of art and culture give texture and shape to our individual and collective lives, and how we relate to the world around us. We cannot allow these to be overruled by abstract machines of market efficiency and return on investment. Finding this new language of cultural value in an age when culture does have immense economic value is going to be the key challenge of the next two decades.