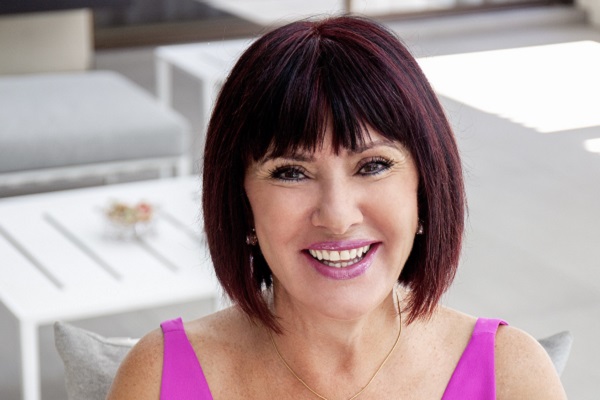 Appearing for the second time in Dancing CEOs, Gosse was also crowned winner of the Allstar Judge’s Choice Champion Award for her dance routine.

In front of an audience of 1,000 and competing against 17 other chief executives for the prestigious Dancing CEO mirror ball trophies at Brisbane City Hall last evening (17th May), the amount Gosse raised is the highest individual amount ever recorded in the event’s six-year history and contributed to the overall record fundraising total for the event of $440,000 on the night.

Funds raised will be used by Women’s Legal Service Queensland to continue to provide free legal and welfare assistance to women and children experiencing domestic violence.

Gosse surprised the crowd by performing a dazzling dance routine in which the 55-year-old grandmother and mother of two arrived on stage wearing an oversized costume dressed as an elderly woman, before changing her costume twice onstage and breaking into an up-tempo hip-hop routine.

Gosse said that her return to the stage was about unfinished business, stating “after raising over $23,000 the first time I competed in 2016 and winning Community Awareness Champion, I was determined to return and take out the top title, to continue to support the great work of Women’s Legal Service Queensland.

“No one should have to live in fear of violence. The fact that one woman is killed each week, and one in six has experienced domestic or sexual violence by a former or current partner is beyond unacceptable.

“We need to stop talking statistics and start talking about the lives of the women affected. This means that one in six women who you may work with, are friends with, exercise with or catch the train with are victims of violence.

“As a community we need to talk openly about this insidious issue and make a united stand against it. We need to raise awareness about the different types of domestic violence and promote organisations like Women’s Legal Service Queensland as a place where women can receive free, confidential help so they can enjoy a happier and safer future.”

Gosse (pictured above) acknowledged the contribution that her family, friends and business community made to her Dancing CEOs campaign, as well as the collective effort of the participating CEOs.

She also dedicated her win to the memory of her father, recalling “sadly, my late father was someone who resorted to alcohol, aggression and violence rather than seek the urgent help he needed.

“The impact of domestic violence has devastating and far-reaching consequences on individuals, families and communities. It’s one of the reasons that I am so determined about helping others in similar situations.

“The combined efforts and passion of the CEOs and our supporters tonight shows just what can be achieved when people work toward a common goal.

"Imagine what could be achieved if every person made the same commitment to actively work toward recognising and preventing domestic violence and supporting those who need help to escape it.”

It is estimated 7,000 calls for help go unanswered due to a lack of resources and funding.

For more information go to wlsq.org.au