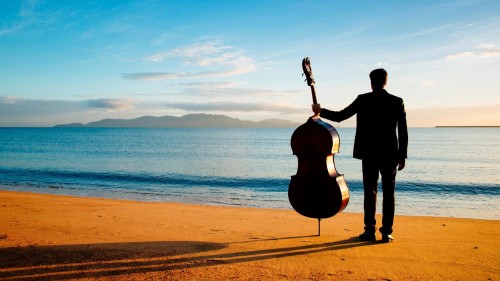 The Australian Festival of Chamber Music (AFCM) has again increased attendance figures with its 27th annual event attracting more people than ever to the region to enjoy fine music.

AFCM Music Executive Director Justin Ankus, said he was thrilled with the success of the renowned event, which saw 10 days of music making in Townsville in North Queensland between 29th July and 5th August.

Ankus stated "we have exceeded all expectations with our box office income up by approximately 10% on last year and attendance up by around 4% on last year to well over 16,500."

Figures show that two thirds of Festivals attendees are from interstate collectively contributing more than 28,000 bed nights and an estimated spend of $5.2million in the region.

Commenting on the success of the Festival, Ankus “we have achieved exceptional houses at all concerts with 10 concerts, a third of our events sold out over the 10 days, and we are ecstatic with those results. The concert in the stunning Queen’s Garden was one of my personal highlights but it’s hard to select just one event, the magical concert in Sacred Heart Cathedral was very well received, the closing night concert was a blast, and the trip to Orpheus Island was spectacular, with an amazing concert and whales spotted on the journey.

“This has been another amazing Festival, record crowds, great weather and strong support from both Townsville and interstate audiences. Where else would you rather be in winter than here in Townsville listening to the best musicians in the world perform in some unique beautifully locations.”