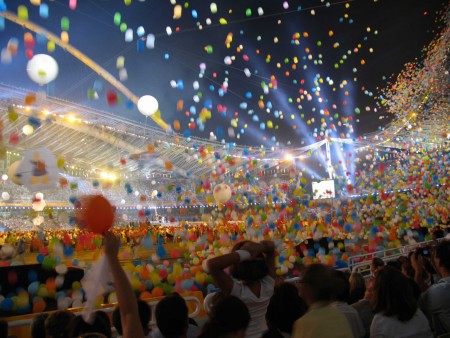 A controversial tender to award the Ceremonies for the 2018 Gold Coast Commonwealth Games to US-based Jack Morton Worldwide (JMW) was conducted fairly, according to an independent report.

Queensland's Minister for the Commonwealth Games Stirling Hinchliffe told Parliament in Brisbane that the complaints of companies beaten for the contract had been examined by a probity auditor and that no rules had been broken.

"In a letter they sent to the Auditor-General they said they wanted to 'place on the record' that their objection is only based on concerns with the process, not that the contract was awarded to a firm with global links.

"They said in this letter that the “industry is specialised and by nature global [and] as such firms compete for work around the world.

"These concerns were forwarded to an independent probity auditor and they have reported back to the Department.

"This morning - in a transparent manner - I have tabled the auditor’s advice in Parliament and it is being provided to the Auditor-General.

"The independent probity auditor has advised the tender was fair and in accordance with the Queensland Government procurement policy principles.

"The tender was consistent with the State Procurement Plan 2014-2018.

"This plan guides tender processes and is about ensuring transparency and no political interference in government procurement processes.

"It is also about getting the best value for money for Queenslanders, and based around sound principles to ensure projects are delivered at the highest standard possible.

"These principles are designed to ensure government is kept at arm’s length from all tenders."

He stated “from the outset, I have been concerned at the way the process of notifying the bidders was handled.

"For any company, participating in a tender process is a substantial commitment of time and resources.

"It was not good enough that they were notified before Christmas of the result and then told to expect a debrief sometime in the New Year.

"Everyone should have been debriefed when they were notified – not handed a letter and told to wait until after Christmas.

"All of the bidders are well-respected experts in what is a highly-specialised field that operates in an international marketplace.

"They should have had this courtesy extended to them.

"I believe this would have avoided any misunderstanding and any perception the process was flawed."

The husband-and-wife team were both previously employed by JMW, but they have strenuously denied claims of bias.

Led by Ric Birch, who coordinated the Opening and Closing Ceremonies at the 1982 Commonwealth Games in Brisbane, as well as at the 1992 and 2000 Olympics in Barcelona and Sydney, a group, which also included unsuccessful bidders David Atkins and Julie Brooks, had called for a review of the process.

They also wrote a highly critical letter to Queensland Premier Annastacia Palaszczuk to contest the appointment as they feel there are local Australian companies who would do a better job of the Ceremonies.

JMW, which has offices in Brisbane, Sydney and Melbourne, conceived, planned, and delivered the Opening and Closing ceremonies for the last edition of the Commonwealth Games, in Glasgow in 2014.

They also produced both Ceremonies at the 2004 Olympics in Athens and the 2006 Commonwealth Games in Melbourne, the last time the event was held in Australia.

The controversy may still not be over, with Minister Hinchliffe urging anyone who had any evidence the tender was either unfair or not compliant to take the matter to Queensland's Auditor General.