Auckland Fringe to return as annual event in 2018 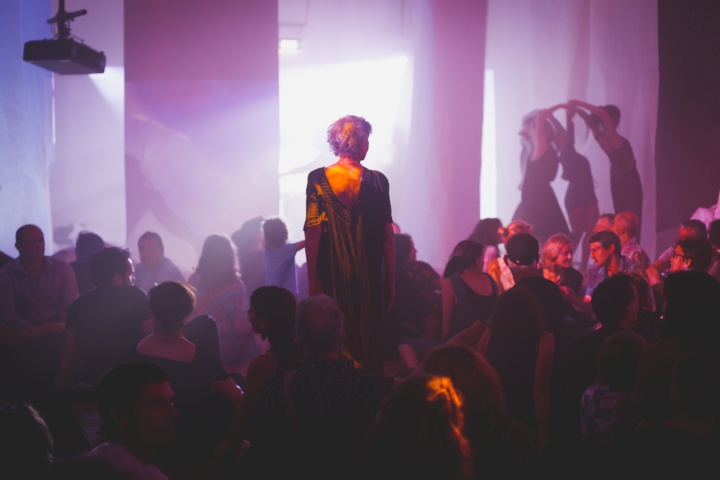 Following the success of this year’s Auckland Fringe, during which a groundswell of artists and audiences reconnected under the Fringe umbrella, the festival is to become an annual event, returning from 20th February to 4th March next year.

Becoming an annual event for the first time, Aucklanders can now look forward to a yearly explosion of experimental theatre, music, dance and performance art in their galleries, theatres and city streets.

This year the Fringe programme featured 21 international artists, 46 musicians, 102 synchronised swimmers, 24 comedians, 78 dancers and 10 shabbat waiters, among many, many others. The city was activated over for 21 days, and saw over 23,000 attendances.

The 2018 Auckland Fringe promises a whole new raft of artistic experiences and will focus its programme not just on the Auckland CBD arts district, which encompasses Q Theatre, Basement Theatre and Auckland Live, but on activating Fringe hubs across the city.

With the success of the 2017 Fringe, funders have taken notice, with Foundation North, Creative New Zealand, Auckland Council and Waitematā Local Board supporting the next stage of the festival’s growth. Festival Director Lydia Zanetti puts this down to the hard work and commitment of the artistic community in Auckland, and the thirst for original, innovative experiences from Aucklanders.

Commenting on the change, Festival Director Lydia Zanetti stated “off the back of such an anarchic and fabulous festival in 2017, it is a great honour to bring Fringe back to Auckland in 2018.

“Fringe festivals worldwide are one of the foundations and key celebrations of a thriving arts community.

“Taking Auckland Fringe annual is drawing a line in the sand - the arts matter and we’re here to stay.”

While working towards a 2018 festival and the regeneration of the festival from scratch, Zanetti has attended the world’s greatest (and original) Fringe Festival in Edinburgh, spending five weeks in Scotland this year during which she networked and engaged with fringe festivals and artists from across the world - gaining knowledge and advice to help guide Auckland Fringe’s trajectory.

For Auckland Fringe 2018, venues registered from across the city include Artworks Theatre in Waiheke Island, Federal Delicatessen in the city centre, Nathan Homestead in Manurewa and Te Pou Theatre in New Lynn.

Artists (and non artists) can register to be involved up until 10th December.

Image: Rushes by Malia Johnston at the Auckland Fringe 2017. Courtesy of Oliver Crawford.