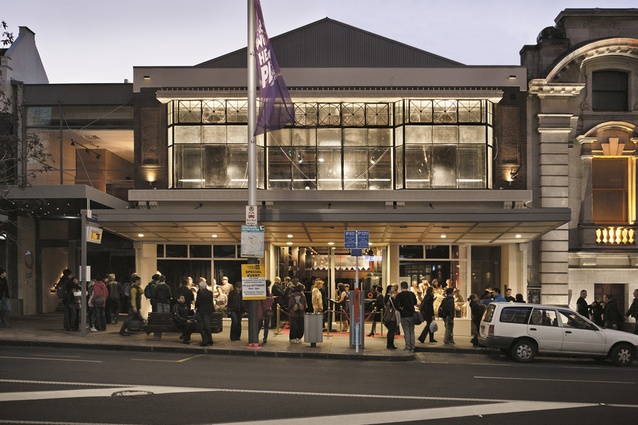 Auckland’s Q Theatre has joined the growing movement of organisations recognising the importance of te reo Maori by unveiling a venue-wide suite of bi-lingual signage.

Q’s Business Development Manager and te reo advocate, Debs McSmith explains “it seems many venues only use te reo for bathroom signage, if at all. And we were one of those venues.

“But at it’s heart, theatre is all about communicating and connecting with each other, so we wanted to reflect these values in the signage displayed around our venue, and pay respect to the tangata whenua.”

McSmith is in her second year learning te reo Maori at AUT, and enjoys sharing her passion for Aotearoa’s indigenous culture with her workmates.

She explains “Q stands atop the now subterranean Waihorotiu Stream, which originated from a spring in Myers Park, flowed down to the Waitemata and was a source of fresh water in pre-European times.

“So people have been coming to this spot to be nourished for centuries; we’re trying to continue that kaupapa in an arts & culture context.”

Q patron and actor, Jennifer Ward Lealand commented “I am delighted to see Q embracing our beautiful te reo Maori throughout the building. It’s a great way to acknowledge its mana as an official language of Aotearoa. Tau ke Q.”

Ward Lealand is also a strong advocate for te reo Maori, and well known for her commitment to becoming fluent in the language.

“I appreciate Q taking the intuitive to find someone proficient in the language to assist with the translation of signage and encourage any organisation looking at Maori translation to seek assistance or quality assurance before publishing anything. This is sometimes overlooked and I've seen a number of examples of Google translations gone wrong.”

Q plans to offer te reo training to their front of house staff, so the writing is not just on the wall. McSmith concludes “this is just the beginning for us, we’re looking at how we can encorporate NZ Sign Language at Q too, so we’re embracing all three of NZ’s official languages.”

Q Theatre is an independent performing arts and events centre located on Auckland’s Queen Street. It is also a registered charity and social enterprise, reinvesting 100% of operational profits back into Auckland’s arts industry.

For more information go to www.tetaurawhiri.govt.nz