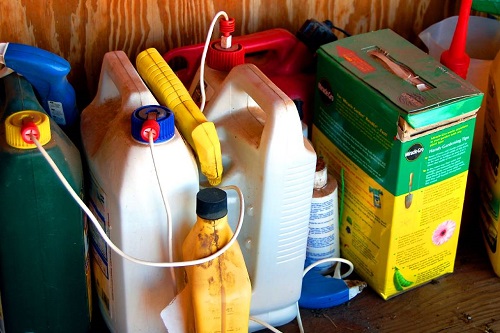 The Attorney-General's Department (AGD) is set to call for public submissions on a Consultation Regulation Impact Statement (RIS) that analyses four options for reducing the security risks posed by a number of chemicals, some of which are used in commercial swimming pools, that can be used to make homemade explosives.

AGD is particularly interested in feedback from businesses that import, manufacture, distribute, transport, handle or use products containing the chemicals.
The Department expects the RIS to be available for comment from 3rd February to 20th March 2012.

The RIS stems from concerns that explosive device can be manufactured from chemical materials that are readily available in Australia, including fertilizer, nitromethane and aluminium.

The AGD is particularly interested in the following chemicals:

Minister McClelland said the DVDs - titled 'Know your customer' - were designed to help staff identify suspicious behaviour which may be displayed by people looking to purchase or stockpile chemicals of security concern.

Minister McClelland stated "some chemicals in the pool and pharmaceutical industries that have legitimate everyday uses can also be dangerous in significant quantities if they get into the wrong hands.

"The Government is working with industry bodies to educate staff about what to look out for.

"Things like the purchase of unusually large quantities, nervousness on the part of the buyer, paying in large amounts of cash and poor knowledge on the part of the buyer regarding the normal use and quantity of the product being purchased.
"The new training will help workers be better informed and vigilant about suspicious activities surrounding the chemicals of security concern.

"The DVDs are being distributed to pharmacies and pool and spa shops through industry associations, along with fact sheets and transaction reporting cards to encourage retailers to report any suspicious customer behaviour to the National Security Hotline.

"I'd encourage retailers to make this training part of their regular staff induction or annual training programs.

"Collectively, government, industry and the wider community have to find a balance between our legitimate, everyday needs for these chemicals and their potential use by terrorists to make improvised explosive devices or toxic weapons.

"Increased vigilance by industry and business could make a difference in preventing a terrorist attack in Australia."

For further information on the RIS, including the list of precursor chemicals and details on how to make a submission, call 02 6141 2925/3012 or refer to the AGD Chemical Security program website at www.chemicalsecurity.gov.au