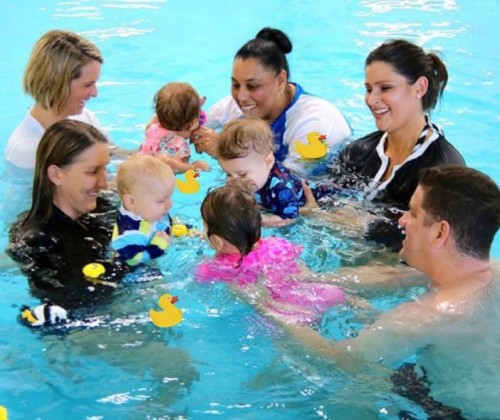 One year on from the Australian Swim Schools Association (ASSA) having started taking memberships - from 1st July 2016 - the Association for the Swim school industry now has a membership of over 300 and a network of over 1100 swim schools.

ASSA’s first conference in August 2016 was well received and was marked by the highly successful launch of the Australian Swim Schools Hall of Fame.

In reaching such heights, ASSA Chief Executive Ross Gage attributed much of the success to various significant points of difference, including:

Looking back on ASSA’s first year, inaugural President, David Urquhart, explained “in late 2015, I enthusiastically embraced the opportunity to play a leadership role in establishing a milestone organisation for our Industry - the Australian Swim Schools Association Ltd (ASSA).

“Following events with ASCTA’s ‘Swim Australia’ at that time, it became apparent that our vital swim school industry had evolved beyond that of any existing organisation’s offerings, and required it very own solely swim school focused peak industry body - one uniquely and totally focused on the needs of swim schools.

“To see where ASSA has come in such a relatively short period of time has amazed me; but not surprised me: given the unmatched expertise, experience and passion that exists within the Directors, Committees, Special Interest Groups, Specialist Advisors, CEO and Staff.

“A rosy future for ASSA is assured.”

Julia Ham, owner of Hampton Swim School, a Foundation Member Swim School, is glowing in her praise of ASSA’s first year, commenting “Happy Birthday ASSA! One year on, I have found being registered with ASSA highly beneficial for my swim school.

“I believe in a strong body that is not afraid to tackle the challenging issues that our industry faces. ASSA does so in a professional manner, taking into consideration all aspects of daily and strategic operations. I gain confidence from being a part of such an Association with unique initiatives, and I also take comfort in knowing that I receive relevant and updated information in relation to IR matters and legislation requirements. The future of our industry is exciting – onwards and upwards – thanks to ASSA.”

While the first year has brought impressive outcomes, ASSA is fixated on improving, evolving and creating.

Its upcoming 2017 Conference in Darwin during August is already setting new records - largely due to five overseas presenters and a very different location.

Conference 2018 will be back on the Gold Coast, but this time as a feature of the International Swim Schools Spectacular – which will also include the World Infant Aquatic Conference, a Trauma Free Swimming Lessons seminar and the Splash! Expo.

ASSA is also driving the International Swim Schools Association and Australian Swim Schools Foundation while new programs are being developed to help ASSA Member Swim Schools play a vital role in the implementation of the Australian Water Safety Strategy.