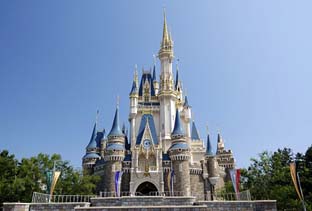 Rebounding economies and a surge of visitors from mainland China, fueled by a change in tourist visa policies, have helped strong performance in Asian theme parks in 2010.

However, theme park performance in other regions continues to be affected by the ongoing global recession, challenging weather periods and "modest investment" by operators

Figures from the 2010 Theme Park Index (TMI), released by the economics practice at AECOM (formerly Economics Research Associates) and the Themed Entertainment Association (TEA) show that a number of North American parks experienced falls in attendance numbers while Asian parks, which struggled in 2009, saw increases in theirs.

As with previous years, Disney parks dominate the top 25 list, occupying the top eight positions and with a further three parks in the table.

Among Asian countries, Korea bounced back strongly in 2010 with Everland and Lotte World showing double-digit admissions rises and boosted global rankings. In Hong Kong, Disneyland grew admissions significantly after its fifth year celebrations to reach 5.2 million, while Ocean Park had a record year with 5.1 million visits.

AECOM's Global Director Economic Chris Yoshii explains "the recession appears to be officially over in Asia. 2010 was a solid bounceback from 2009, with China and South Korea exhibiting the strongest growth.

"Korean theme parks saw an increase of more than 10% due to the influx of Chinese tourists; parks in other Asian countries benefited as well. China’s growing prosperity is driving a lot of theme park development in Asia."

Disney parks in Asia prospered in 2010, with Yoshi adding “the attendance increase at Disney parks in Japan and Hong Kong (800,000 and 600,000 respectively) can be attributed to three things: increased tourism from China, aggressive marketing and new attractions.

"Hong Kong Disney added the Autotopia ride and Stitch Encounter and is continuing with additional investment/expansion plans adding three new lands in as many years."

In China, the six-month Shanghai 2010 World Expo, which ran from May to October, was the largest world fair in history, in physical size as well as attendance. The successful mega-event drew significant international participation, attracted 73 million visits and was the catalyst for major infrastructure improvements: subways, highways, airport expansion and new high speed trains.

Here, Yoshi observes "it was a huge investment and not many cities in the world could have done it."

Commercial/residential redevelopment of the expo site is underway; some of the attractions are still open, including the exhibition centre, sports arena and China Pavilion, reportedly still drawing some 10,000 people a day.

Shanghai is also currently developing its own new Disney park.

At this development, Yoshi explains "the hotels are also starting major construction this year. With the opening targeted for the end of 2016, it will be a very aggressive construction schedule. The project is creating a lot of excitement and interest. Whenever these big park operators come into a market, it stirs interest in theme parks, and a lot of developers are now looking at projects in various cities. The growth of the middle class in Asia is phenomenal and will drive huge investments in theme parks in the coming decade."

Yoshi adds "Ocean Park is implementing an eight-year reinvestment plan, rebuilding and expanding the park section by section. They are adding new rides and shows, and a lot of capacity. The new Aqua City area offers a fantastic aquarium experience and nighttime spectacular that have extended the average length of stay by 30 minutes."

Universal Studios Singapore (USS) at Singapore's Resorts World Sentosa, which held its grand opening in May 2011, tallied more than two million visits during its nine-month soft-open period in 2010.

Waterparks in Asia also performed strongly in 2010 with six of the world's top 10 most visited waterparks sited in Asia.

Yoshi suggest that Indonesia "is emerging as a new market, with a lot of interest in waterparks as well as theme parks and indoor attractions," citing redevelopment of Jaya Ancol, home to Dunia Fantasi theme park and Atlantis waterpark.

However, while big name parks in Asia drew healthy visitor numbers, many smaller regional parks still experienced some decline, such as the parks in Japan where the economy is generally flat.

Visitation totals for 2011 will likely suffer at the Tokyo Disney parks, which closed for one month due to the earthquake and subsequent disruptions in Fukushima, Yoshi concluding that "it will take some time before people in Japan start seeking recreation again; they are still limiting their discretionary spending very much. Tourism in general will be affected as well."

AECOM Senior Vice President John Robinett explains "we are all proud of the wholehearted, unhesitating actions of the Tokyo Disney parks following the earthquake in Fukushima. They fed and sheltered the multitude of guests who had been stranded there, and in so doing they underscored the bond that exists between an attraction venue and its community.

"Tokyo Disney set an example, and that example has raised the question of whether theme parks might embrace this role more fully from the start - be designed in a way that incorporates their potential function as shelters within their safety and disaster preparedness programs."

Click here to read the full report by clicking on this link.