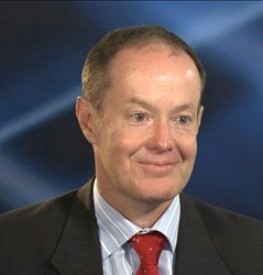 The group, which also operates AMF and Kingpin Bowling; d'Albora Marinas; and the Dreamworld, WhiteWater World & SkyPoint theme parks and attractions on the Gold Coast, also announced a 38% rise in its annual profit.

Shaw (pictured) explained "our existing clubs in Western Australia, even though they are smaller than the Fitness First clubs, already trade at 20% higher membership."

With Goodlife and Main Event consistently ranking as the company's highest performing divisions, Ardent plans to raise $50 million by issuing new shares to pay for the Western Australian purchase with the remaining money raised to be used to more than double its number of Main Event FECs in the USA to 35 by the end of the 2016/17 year.

Main Event has been the main driver of Ardent Leisure's growth in 2013/14, and further earnings growth has helped the company's expected net profit for the year to increase to $49 million.

Shaw expects Main Event to continue to perform well as it expands across major US cities including Chicago, Phoenix and Orlando.

Shaw explained "our like-for-like revenue growth is up 13% in July which is just phenomenal.

"We've got a business model that's really unique in that market, there's not a lot of direct competition and there's a chance for us to really scale this business across the broader US market."