Architectural ‘reinvention’ of the modern fitness club at Japanese facility 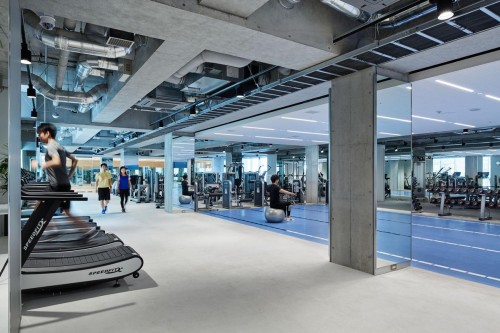 The innovative building replaces the original Seta Sports Connection built in 1982, which was one of the first membership fitness clubs in Tokyo. The new six-story, 6,000 metre² facility accommodates the private club's new emphasis on personal sports training, Japanese bathing and social activities, all provided within a sophisticated environment equal to a five-star hotel.

Designed in a minimalist aesthetic, Aqua Sports & Spa is the first project to be completed by COE Architecture International in Japan. The significance of the new Aqua Sports & Spa draws on a sensitivity Coe developed early in his career as a designer with celebrated architect Richard Meier on the Getty Center in California, USA. 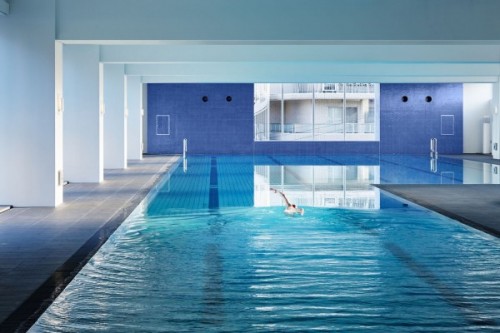 The project’s complex urban site and varied program gave Coe the opportunity to explore Western and Japanese concepts of spatial definition and materiality.

As Coe explained “although a private club, our intent was to create a transparent building with a welcoming and public presence, one with a serene and refined demeanor in sharp contrast to the chaotic surroundings of Tokyo.

“It echoes an ancient calmness in opposition to the frenetic context”. 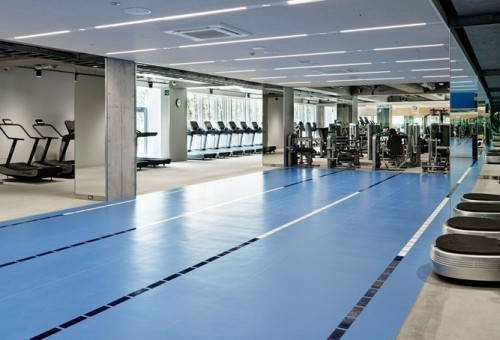 The building is comprised of spaces serving both the sports and social functions of the club.

Fitness facilities include the only private 50-metre swimming pool in greater Tokyo, as well as a fitness gym, locker rooms, spa lounges and men's and women's showers and Japanese baths fed by authentic onsen spring wells. The social facilities include a lounge, bar, dining room and a market cafe with outdoor terrace.

Aqua Sports & Spa focuses on high-level personal service for its members and, according to Coe, the design needed to bridge the wide gap between a utilitarian fitness club and a luxurious hotel. The resulting design makes the club unique among all other fitness clubs.

The building is located on a steep hillside site, which was once part of a Tokugawa country estate containing onsen springs, rich forests and a spectacular view of Mt. Fuji. Today the site is bordered by Highway 246, large apartment buildings and small houses. But there remain large pockets of trees to the east and west which became primary considerations in the building design. 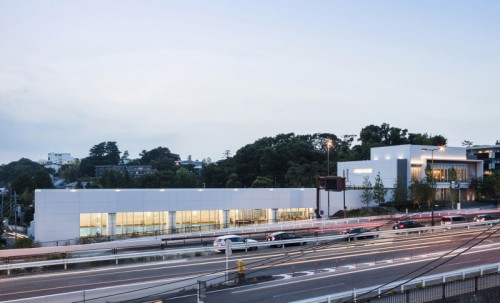 The club functions are separated into sports and social spaces. Each assemblage of spaces is housed separately in white and dark gray concrete volumes which vary in scale related to their function. The pool and gym are contained in the larger volume running north-south, parallel to the highway. The cafe and lounge are contained in the smaller volume which is oriented east-west to take in the unique tree-top views of Setagaya. These dominant volumes are carefully articulated with windows scaled to the spaces within. The 50-metrer pool is raised in the air, level with the highway and sidewalk which allow both private swimmers and passing pedestrians to visually engage each other.

Coe added “expressing internal functions within a refined massing of varying scale, the design negotiates the complex site and blurs the traditional boundary between private and public spaces and activities”. 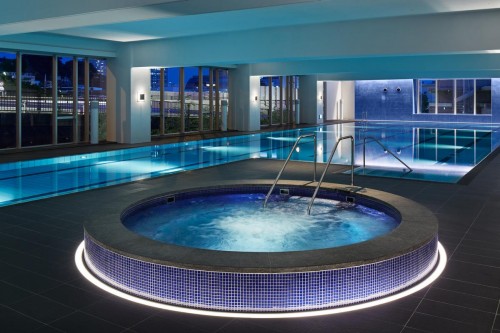 COE Architecture International was commissioned by the local owner of the original Sports Connection and their American-based development partner to serve as the design architect for the building.

In their role as their lead building designer, COE established the overall concepts and major themes for the exterior and interior design, as well as the landscape design. Coe worked collaboratively with the local project team which included Tokyo Construction Company, ILYA Corporation and SOLA.