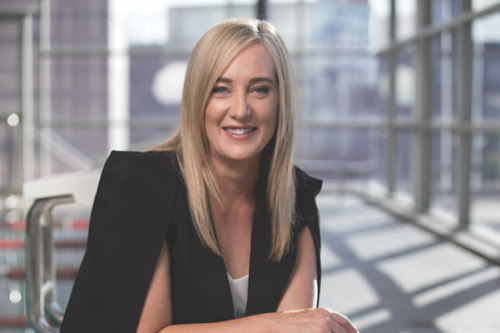 Kristen Green, Executive General Manager of Aquafit in south western Sydney and a Fitness Australia Board member, has been named as the 2018 recipient of the International Health, Racquet & Sportsclub Association’s Woman Leader Award.

The Award, presented by IHRSA, celebrates the legacy of Julie Main by presenting the Woman Leader Award to a woman who exemplifies what Julie Main stood for: courage, perseverance, excellence, and professionalism.

Green, who will receive the Award at the IHRSA Convention in March, is the first Australian to receive it.

Speaking after being advised of the receipt of the Award, Green stated “I am very honoured and grateful to be the recipient of IHRSA's 2018 Woman Leader Award in honour of Julie Main.

It is a privilege to also be the first Australian woman to receive this recognition.”

Commenting on the awards, said Joe Moore, IHRSA President and Chief Executive Joe Moore stated “on behalf of IHRSA and the entire industry, I commend each of these three outstanding IHRSA members for their exceptional commitment and service to their communities, their customers, and of course, to the betterment of the health and fitness industry.”

Green is also a Board member of the Women in Fitness Association.

Kristen Green’s IHRSA Award citation
Kristen Green faced the personal adversity of losing her mother to ALS at a very young age. Despite having little financial and family support, Kristen was determined to be the best version of herself. She pursued her passion for the health and fitness industry, and today is a successful club operator and inspiring leader who serves as a positive role model for her team, her community, and aspiring leaders in the industry.

Kristen Green "I am truly humbled and honoured to be the 2018 recipient of IHRSA's Woman Leader Award in honour of Julie Main, and especially privileged to be the first Australian woman to receive this recognition. It is my hope that through my own story, I can inspire, empower and motivate other women on their own journey to achieve their professional goals.”

Click here to find out more about IHRSA’s award recipients.