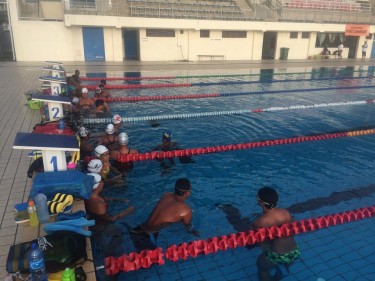 To help reduce incidences of drowning in Fiji, and to promote swimming in the South Pacific nation, Aquabliss Training, with the assistance of the Federal Government’s Australian Sports Outreach Program (ASOP), has been sharing its knowledge and skills in swimming and water safety.

While renowned for its crystal clear water and idyllic swimming conditions, Fiji has a drowning-per-capita rate nearly seven times that of Australia.  This is consistent with drowning being the third highest cause of unintentional injury death world-wide and is a particular problem in many emerging nations - with many instances the result of children being left unsupervised around water.

Staff from Aquabliss, which runs several swim schools and high performance squads across Sydney, travelled to Fiji earlier this month to help try and reduce these statistics.

Aquabliss Training hosted a Swim Australia™ Teacher course to provide recognised qualifications to Fijian swimming instructors, and a two-day SwimSAFER trip to raise awareness in those communities which have been identified as having higher incidences of drowning.

Aquabliss General Manager Haydn Belshaw explains “with around 75 drownings is Fiji in 2012, 25 of which were children under the age of 10 left unsupervised in or around water, it is imperative that we share our expertise and resources to try and decrease, what are nearly always, preventable deaths.

“The Swim Australia Teacher course is an accredited international learn-to-swim teacher qualification which includes both theoretical and practical components, as well as progressive, supervised on-the-job training.”

The Fijian team will use this meet as preparation for the Pacific Games in Papua New Guinea and the Swimming World Championships in Russia later this year.