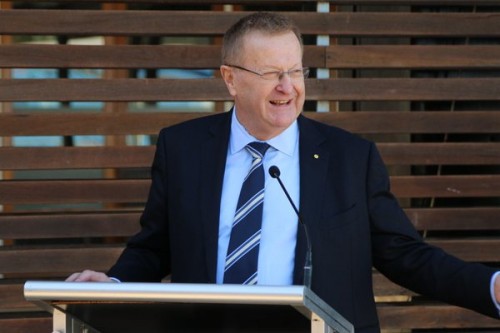 The figures contained in the 2016 AOC annual report, made public late on Wednesday afternoon, will be ammunition for Danni Roche who will challenge Coates (pictured above) for the presidency at the AOC’s AGM on 6th May.

While Coates’ pay rise is far from unprecedented in an Olympic year - the AOC’s 2012 report showed it rose by more than $100,000 - Roche’s challenge makes it a sensitive issue.

One of the key points on Roche’s election platform is that she proposes slashing the President’s salary package to $100,000 per year. Roche would also waive that salary if she became President.

In her manifesto, Roche advises “this measure will save about $3 million over the next four years alone.”

However, Coates will have his own financial ammunition for the AOC election with his President’s review in the 2016 annual report outlining revenue increases for the AOC over the last few years. Sponsorship and licensing rose from $39.62 million in 2009-12 to $49.61 million in 2013-16.

Coates statement advises “sponsorship and licensing was an excellent result, given the Games in Rio were not as attractive as those in London for Australian companies.”

Coates added that sponsorship interest from Australian companies was high, with Asia hosting the next three summer and winter Olympics.

This is the first time in Coates’ 27-year tenure as AOC president that he has faced an election challenge.