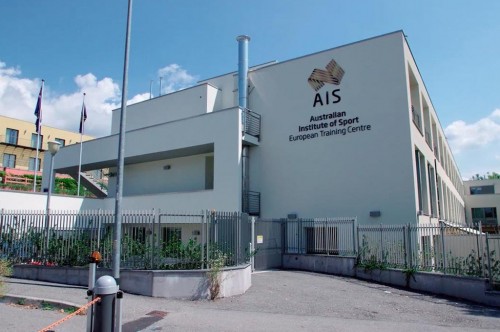 Australia's Olympic and Paralympic athletes are lining up to use the Australian Institute of Sport's European Training Centre as a base to launch their 2012 Olympic campaigns, according to Federal Minister for Sport Mark Arbib.

With just 12 months to go until the Games, Australia's sporting teams are using the centre in Varese, Italy as a 'home away from home' to give them the competitive edge.

Senator Arbib explained "we expect in the year before the London Games the European Training Centre (ETC) will see almost 10,000 bed nights filled by Australian athletes.

"The AIS ETC replicates the Australian Institute of Sport's elite high performance facilities in Europe, providing a home for our best athletes while they train and compete in Europe.

"The centre provides world-class sporting facilities and services such as sports science and sports medicine, strength and conditioning training and athlete career and education support, right in the hub of international competition."

Australia's 73-member national rowing team is currently using ETC as a base to prepare for the 2011 World Championships in Slovenia, which will act as a London 2012 qualifier.

Sports which have used the centre since it opened in March include cycling, athletics, wheelchair basketball, table tennis, skiing, canoeing, waterpolo, paracycling, triathlon and sailing.

Senator Arbib added "the Government has committed $12.5 million for the ongoing operation of the ETC in the lead up to the London Olympics and Paralympics and beyond."

Australian Olympic Committee President John Coates AC believes the AIS ETC is providing an invaluable stepping stone to the London Olympics, stating "the ETC is providing our athletes with a significant advantage over the rest of the world.

"The ETC is one of the extra things that will make the little difference for our athletes between fourth and third and second and first. It is a professional approach.

"The AIS ETC is an official Olympic Training Centre and provides facilities to match that status."