The AFL Players' Association have announced an extension to their PlayWell Program, providing a framework for vocational, social, emotional, physical and psychological health to AFL Footballers.

PlayWell, which was first delivered to first year players, will be expanded in 2012 to include additional programs for third year and senior players. The programs will assist players in identifying and developing crucial stress and anxiety coping techniques to help deal with the increasing pressures of playing AFL football.

The new programs to be delivered in 2012 are:

PlayNow
A psychological skill development program created specifically for AFL players in their third and fourth years with the aim of teaching practical mindfulness skills to help promote player wellbeing, mental health and performance. Mindfulness is a practical skill which can be applied by players on or off-field to improve emotional, psychological and social wellbeing, enhance sleep quality and reduce stress.

PlayWise
A mental literacy program, developed in conjunction with headspace, for senior players and club leadership groups to develop confidence and skills in recognising problems with mental health, how to talk to other players about concerns, and how to access appropriate referral pathways.

Clements explains "this year we introduced the PlayWell program for first and second year players to help them develop crucial skills and understanding of the importance of mental and emotional development as well as physical fitness.

"It is a six session program, four sessions for first years and two for second years, delivered in conjunction with Framework for Health which helps to provide a framework for vocational, social, emotional, physical and psychological health in order to develop the player both on and off the field."

Clements said the increased support had been welcomed by players whose attitude towards mental health was continually evolving as they gained a stronger understanding of the benefits to both their on-field performance and general wellbeing, adding "players are now looking at mental health in the same way they would visit a physio or any other practitioner.

"I believe that players are becoming more comfortable with the idea of seeing a psychologist and view it more as an enhancement service where they are seeking support and skill development to help manage stress which can be a factor in such a high pressured vocation."

Clements statement was further supported by figures contained within the report which revealed that 43%
of current players have received the benefit of consulting a mental health professional during their career.

Clement said this highlighted that players were feeling more comfortable with discussing any issues they are experiencing as they become more self aware of their mental health. 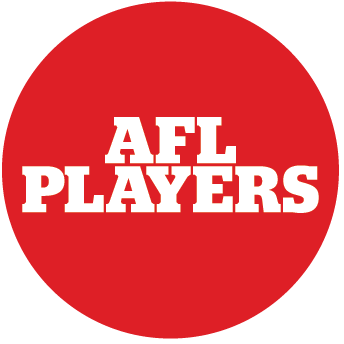 Clements added "from a Players' Association perspective, having players choosing to access these non-mandated services is a trend that should be applauded and we encourage more players to make those choices."

Another significant highlight of the Development and Wellbeing Report is the record number of players accessing Education and Training Grants in 2011. With 497 applications – up 24% from 2010 – players' commitment to educational pursuits in addition to their AFL careers has never been greater.

AFL Players' Association Chief Executive Matt Finnis said the increase highlights that a greater number of players are realising the importance of being involved in education and training during their careers.

Finnis explained that "the amount of players recognising the importance of undertaking education and training throughout their career has never been greater. It's terrific to see players taking advantage of the opportunities available to them in order to prepare for their life after football. "

The study trends of the current group of players indicate that the majority under 21 years of age tend to complete courses at TAFE level. The majority of remaining applications relate to players undertaking

Tertiary undergraduate degrees most typically in the areas of business, commerce, sports management and finance.

Other highlights in the AFL Players' Development and Wellbeing Report included:

• Record 84% of Indigenous Players involved in study or professional development in 2011;
• Creation of the first ever Indigenous Advisory Board in Australian Sport;
• 100% employment rate of Next Coach program - turning graduates into working coaches;
•Participation rate in Next Goal Work Placements, up 40% on 2010.

To view a copy of the 2011 AFL Players' Development and Wellbeing Report go to http://issuu.com/jason_aflpa/docs/issuu_version