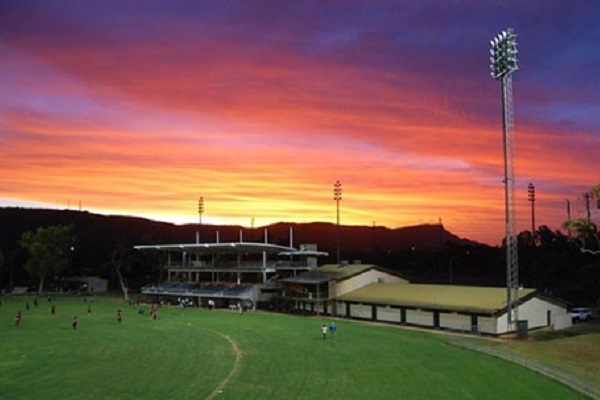 The AFL’s increasing reliance on staging its 2020 season in Northern Australia will see Alice Springs host a number of games and Cairns become a temporary base for two clubs, Fremantle Dockers and the Sydney Swans.

The Fremantle Dockers and the Sydney Swans will relocate temporarily to Cairns for a three week period that will see a number games played at Cazaly stadium during rounds 15-18 of the AFL season. Round 14 of the season will see Melbourne and St Kilda play at TIO Traeger Oval in Alice Springs.

“We know the Cairns economy has been hit particularly hard by the global pandemic. Having two teams plus officials and support staff based in the city provides an obvious economic benefit.

“I hope Queenslanders will travel to Cairns to see the teams play and that fans will enjoy seeing the game played in the Tropical North.”

Queensland Tourism Minister Kate Jones predicted the deal would pump millions of dollars into the city’s economy adding “this is a first for Cairns. We’ve never seen so many AFL Premiership games here in one season. The eyes of sports fans across Australia and around the world will be on Cairns. This is a huge boost for the local community.

“These teams have huge appeal in three of our most important domestic tourism markets.

“Having the Dockers and Swans based in Cairns will provide vital publicity for the Far North in the weeks and months to come.

“This exposure is vital when it comes to rebuilding our economy and supporting local jobs.”

AFL General Manager of Clubs and Broadcasting Travis Auld said it was fantastic to return football to Cairns, as well as basing two clubs in the community for a period of time.

“We are delighted to be again playing games at Cazaly’s and to have Fremantle and the Sydney Swans staying in Cairns which has such a passionate AFL support base.

“We are really grateful to the support of the Queensland Government for their ongoing support of AFL and their support for ensuring our season has been able to continue as well as the wonderful support of Tourism and Events Queensland and Cairns Regional Council.

“We are always excited to bring our games to the north of Queensland, and now for a period of time having teams in the community and contributing to the local economy.”

Cairns Mayor Bob Manning said the hub would be provide many benefits for the region and noted “having the calibre of these sporting teams in our region is a rare opportunity. For youngsters, this will be an inspirational chance to see some of our country’s elite sportspeople in action, and I have no doubt it will entice new fans.

“Cairns has an enduring relationship with Tourism and Events Queensland and we are absolutely thrilled to play a part in the spread of AFL teams and games across Queensland this season – especially the Tropical North.”

The AFL has also confirmed fixtures for Round 14 of the season with the draw seeing Melbourne and St Kilda play at TIO Traeger Oval in Alice Springs on Saturday 29th August.

The fixture is being staged as part of a four-year agreement that the Northern Territory Government has with AFL to bring the game to the territory each season,

"Top End fans are gearing up to watch the Gold Coast SUNS take on Carlton at TIO Stadium, followed by the Dreamtime in Darwin game between Essendon and Richmond the next day. Now we have Red Centre fans able to watch world-class footy in their own backyard thanks to the Alice Springs Melbourne v St Kilda fixture.

“That means, out of 18 AFL teams, six of them will be here in the Territory this month. This is an opportunity like no other for Territorians to watch world-class athletes at play, and for the Territory to play a starring role on the national football stage.”

AFL Northern Territory Chief Executive, Stuart Totham added “over the past seven years, the Melbourne Football Club has built up a strong relationship with the community of Central Australia and are a vital partner when it comes to delivering positive outcomes across talent, coaching, game development, health and facilities.”