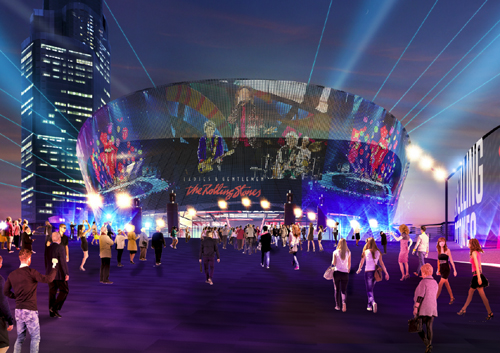 Venue management giant AEG Ogden is aiming to advance its proposed $2 billion entertainment precinct in the heart of Brisbane in talks with the Queensland Government this week.

According to a report in yesterday’s Courier Mail, AEG Ogden Executive Chairman Harvey Lister will meet with Queensland Government on Friday to discuss progress on the group’s proposal to transform the city’s Roma Street Railyards into a world-class venue.

The project, named Brisbane Live, extends beyond sport and entertainment to present an entire new lifestyle, retail and residential precinct for the city.

Modelled on the hugely successful LA Live precicnt in the USA, as well as a 17,000-seat arena, Brisbane Live will include three commercial towers, a number of residential developments and 12 hectares of landscaped public parklands.

The main arena would sit above three railway lines within the Roma Street railyards, covering the entire existing suburban track as well as the yet-to-be-completed Brisbane Metro and the proposed Cross River Rail line.

Brisbane Live would also adjoin the Roma Street parklands, which sit to the north of the railyards. 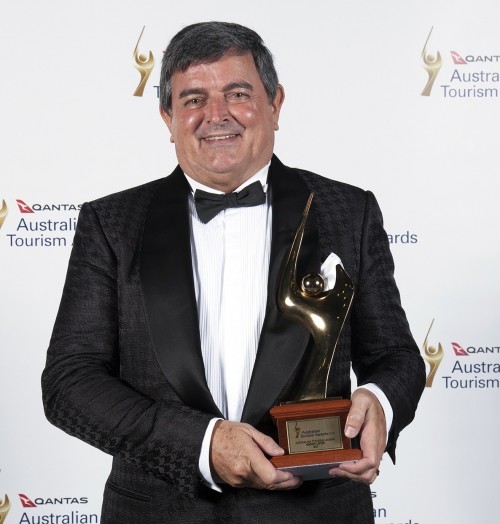 Go-ahead for the project will hinge on this week’s meeting between Queensland Government and developer.

Commenting on the meeting, Lister told the Courier Mail, “we anticipate being provided with constructive feedback.

“We are quite optimistic Brisbane Live is now receiving the focus it need within the State Government to enable it to happen.”

Backers of the project suggest that the development would help lift the Queensland capital to a new level, competing with Sydney and Melbourne as a major events destination.

Lister added “the redevelopment concept for the whole of the Roma Street site is a truly unique one-in-a-lifetime opportunity and we believe its time has come.

“Very few cities globally have the opportunity to create a commercial, educational, leisure and entertainment precinct in a wold-class garden setting on a 20-plus hectare site right in the middle of the city.

Lister is hopeful the proposal could get final approval within a year and wants to see it built by 2021-22 to coincide with the opening of Brisbane’s new $3 billion riverside casino-resort complex just a 10-minute walk away.

Commenting on the concept, Queensland Tourism Industry Council Chief Executive Daniel Gschwind stated “the need for a bigger events arena has clearly been identified especially as we attract more and more events. Existing facilities are at capacity.

“It’s a perfect location to link with retail and hospitality in the way a city like Melbourne does and there’s no reason Brisbane cannot be as attractive for these major events which bring hundreds of millions of dollars of benefit.”

Designed by the NRA collective, Brisbane Live takes inspiration from notable entertainment precincts around the world, such as  LA Live  and Melbourne’s Federation Square.

Brisbane Live is not the first market-led proposal initiative that has made it to stage two of the Queensland Government’s approval process. The initiative has also led to a proposed design for Queensland Aquarium and Maritime Museum in Brisbane’s Southbank precinct by Crossley Architects.

For more information go to www.brisbanelive.com.au

Harvey Lister was featured as one of the 20 most influential people in Australian leisure management in the January/February 2017 issue of Australasian Leisure Management.

Images: Artists impressions of the planned new arena at the heart of the Brisbane Live precinct (top and below). Harvey Lister receives his award as an 'Industry Legend' at the 2017 Australian Tourism Awards (middle).