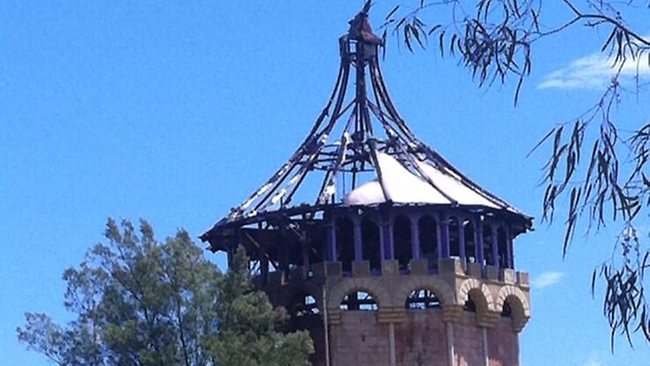 Perth theme park Adventure World has announced that its signature castle, damaged by fire in November, is to be reconstructed during the winter off season.

Damaged in a fire sparked by Halloween celebrations last year, just days after the park opened its new Abyss rollercoaster, the 'Disneyland' style castle sustained $1 million worth of damage.

Built to launch the park more than 30 years ago, Adventure World Chief Executive Mark Shaw has explained that work to reinstate the park's signature centrepiece, which is currently blocked from public access, cannot be carried out until the park closed during its winter off-season.

Shaw explained "unfortunately because of access issues to the island it is impossible for any work to be carried out while the park is open for the season.

Shaw added that ideas were being developed for a new attraction at the site of the castle.

The castle's closure has not affected attendance at the park, with Adventure World expecting to attract more than 500,000 visitors through its 2013/14 season.

The Abyss has been an enormous attraction since its opening, with more than 60,000 riders enjoying $12 million Gerstlauer custom built coaster.

Shaw concluded "since launching the coaster, ... attendances have been around 28% up against last year and we expect numbers to keep increasing as word-of-mouth spreads."