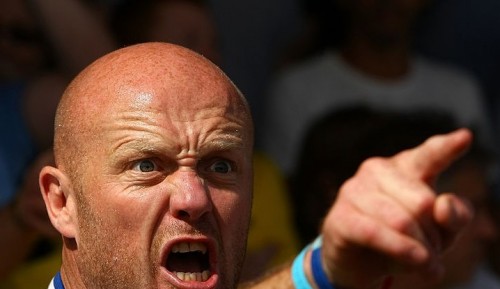 Following a rise in abusive behaviour among spectators at junior rugby league matches in Sydney, the NSW Government has been offering anger management courses for parents and coaches.

Parents and coaches who had previously been suspended have for bad behaviour have been steered towards group and individual sessions with a clinical psychologist to help them identify and control their anger through relaxation techniques.

The Spectator Anger Education Program was started after increasing reports of junior referees, players and coaches experiencing psychological trauma from abuse from the sidelines.

The program was jointly developed by the NSW Office of Communities, Sport and Recreation and NSW Junior Rugby League and trialled over the past year with a small group of parents.

The Department says the trial has been highly successful at helping parents address their anger at sporting games and their lives off the field.

The NSW Office of Communities, Sport and Recreation is now looking to extend the program to other codes, with the Department's Manager of Industry Programs Kerry Turner telling the Sydney Morning Herald that this approach was preferable to simply banning poorly behaved spectators, stating "if they have help they're better able to handle themselves when they return."