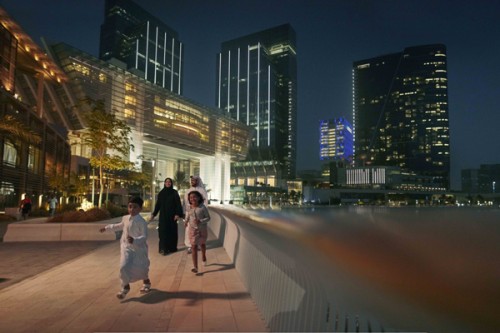 The campaign highlights Abu Dhabi as the inspiring destination for those wanting to experience cultural authenticity and diverse natural assets aligned to the Abu Dhabi Plan’s objectives of delivering an original and attractive tourism and cultural destination.

“Every filmed moment, every photograph and word evokes the poetic beauty and authenticity of the emirate, which invites travellers to become a part of its story.

“Audiences will also discover a dynamic, family-leisure entertainment destination and one which also holds out ambitious business opportunities. The campaign will unearth these stories and bring them to life for our potential visitors, inspiring them to journey here.”

Following an eight-month development process, the campaign comprises a two-series television commercial dedicated to GCC and international markets which will be broadcast and run across TV networks, digital channels and in-flight entertainment systems. 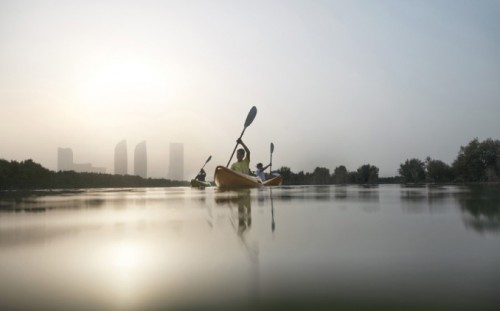 Also in production are five-promotional videos which highlight Abu Dhabi’s tourism, culture, Mice, events and cruise experiences which will be available to Abu Dhabi’s tourism stakeholders to be used in exhibitions, roadshows, and events.

The commercials and videos capture a range of authentic moments, landscapes and emotions shot across 40 locations throughout the emirate. These include UAE capital cityscapes and landmarks, nature reserves and island resorts, forts and palaces in Al Ain, as well as the awe-inspiring deserts and coastline of the Al Gharbia Western Region.

The campaign has been rolled out internationally since 1st November and is primarily focusing on Abu Dhabi’s core markets of the UAE, India, China, the UK, Germany, US and other Arabian Gulf nations.

Other markets will be activated through intense PR activities run via TCA Abu Dhabi’s overseas offices.

The campaign, according to TCA Abu Dhabi Director General, Saif Saeed Ghobash, has been aligned to a go-to-market strategy of prioritising source market channels according to their travel booking preferences and periods.

Ghobash added “this means it will run heavily in the UK and Germany straight after New Year when travellers’ minds turn to sunshine breaks and in China, specifically to catch Chinese New Year and the Golden Weeks. Other markets will be addressed in a like-minded booking preference approach.

“We will also target the US’ high potential Meetings, Incentives, Conferences and Exhibitions market - the US being where many international associations are headquartered and from where bids for annual conventions emanate.”

In addition to the TV commercials and promotional videos, the roll-out of a new range of supporting destination collateral and a new image library of inspiring photography will follow.