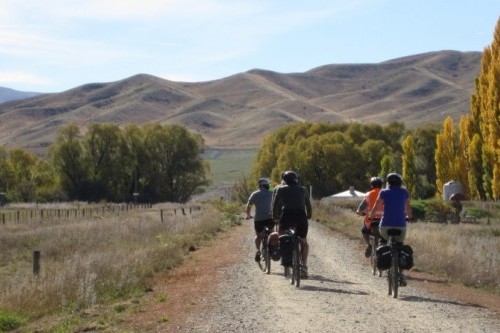 The New Zealand Government is to back a 530-kilometre continuous cycle trail network across the Otago region that will aim will spread tourism spending to more local communities and create an estimated more than 300 full-time jobs.

"Estimates predict the number of people riding the trail will more than double to 174,000 by 2032 and the average length of time that trail users stay in the area will increase by 33% - delivering economic growth and an estimated 329 more full-time jobs across the region."

Minister Davis also announced a total contribution of $281,313 to the Hauraki Rail Trail, Hawke’s Bay Trails and Waikato River Trails through the Maintaining the Quality of Great Rides Fund to help with emergency safety work and damage repair.

He added “the Government wants to see regional New Zealand sharing in the economic success of the country as a whole. As our biggest export earner, tourism is a fundamental part of the New Zealand economic story, and we’re committed to spreading those benefits far and wide.”