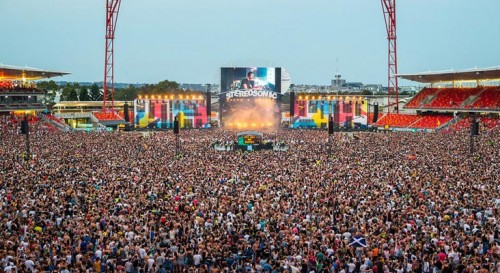 One woman has died, another is in an induced coma and 69 revellers were charged with drug offences following the Stereosonic music festival at Sydney Olympic Park on Saturday (28th November).

NSW Police said a 25-year-old was taken from the Stereosonic music festival to a local hospital where she later died. The exact circumstances of her death are not yet known.

A 22-year-old is also in a critical condition in another hospital.

Meanwhile, 69 people were charged with possessing and supplying drugs at the event, a number described by Police as "alarming and disappointing" while 23 others were issued with cannabis cautions.

NSW Police said the number of arrests was alarming and that they were disappointed with the behaviour of many of the 50,000 people who were at the event at the Sydney Showground.