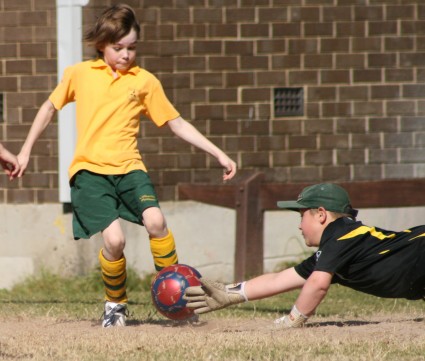 Newly published research suggests letting school children wear their sports uniforms every day could encourage them to be more active during their school day lunch breaks.

A new Australian study, published in the Australia and New Zealand Journal of Public Health, saw a team from Newcastle University survey 832 NSW school students in grades four to six. With all participating schools having a policy of only allowing sports uniforms to be worn on sports days, children were questioned about their attitudes to ditching traditional school uniforms in favour of sports uniforms and how they thought this change would impact their activity levels.

The results were clear, showing that the majority of students (61.6%) reported that they would prefer to wear their sports uniform every day, while 32.5% said they didn't mind.

Most importantly, 62.1% of students said that ditching the black school shoes and wearing a sports uniform each day would result in them being more active at recess and lunch.

In the research, the authors advised “despite a large proportion of children indicating that they would prefer to wear their sports uniform instead of their traditional uniform, and a perception by many children that they would be more active during breaks if they were able to do so, all schools had a policy precluding them from wearing sports uniforms on non-sports days.

The latest research follows a 2012 Australian study which found that girls, but not boys, were significantly more physically active at recess, lunch and more generally, when wearing their sports uniform compared to their winter uniform.

The authors concluded at the time, "a physically restrictive school uniform has the potential to inhibit physical activity among primary-school-aged girls.”

Further Australian research, also published in 2012, found that uniform design, particularly in the private school sector, restricts movement and is "generally impractical for the majority of physical activities", advising “this leads to feelings of discomfort, particularly in mixed-gender environments, and reluctance to engage in play.”

The authors added that schools could reconsider their policies to allow a unisex physical education uniform during the lunchtime period, stating "a practical design allowing ease of movement would increase children's feelings of comfort and self-confidence when engaging in physical activities.”

The Newcastle University findings have been applauded by Australian group, Girls Uniform Agenda, who have been advocating for changes to girls' school uniforms for the past two years.

Earlier this year, the NSW Government updated its school uniform policy in a "modern makeover" to include the option for girls to wear shorts and pants.