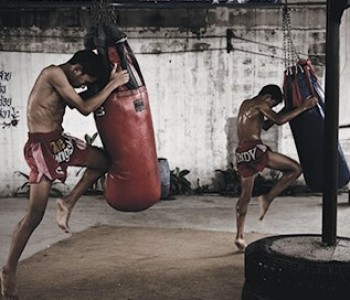 When the law comes into affect on 1st June, all boxing and combat sport contests in Tasmania will be expected to be conducted in accordance with the new Standards for Boxing and Combat Sport Contests and Section 49B(1) of the Police Offences Act 1935.

Minister O'Byrne explained "these regulations protect the interests and safety of those involved in professional and amateur boxing and combat sport contests by providing best practice standards.

"The Standards allow the Police Commissioner, on advice from Sport and Recreation Tasmania, to intervene in boxing and combat sport contests when it is in the interests and safety of those involved."

Minister O'Byrne said the Standards had been developed as part of a thorough process involving Sport and Recreation Tasmania (SRT), Tasmania Police and industry representatives.

Key aspects of the Standards are:

• Contests must be sanctioned and overseen by a SRT-recognised governing or sanctioning body;
• Professional participants must be over 18 years of age and amateur participants must be the minimum age specified by the recognised governing body;
• Qualified or experienced referees, judges and timekeepers must officiate all contests;
• A ringside medical practitioner must be present for the duration of all contests;
• Licenced crowd security must be present for the duration of all professional contests;
• Promoters of contests not sanctioned by an SRT-recognised body must notify SRT one month before the event.

Minister O'Byrne added "these regulations give certainty in regards to the minimum age of those taking part in boxing and combat sports, whether they be athletes, coaches, judges, promoters or timekeepers.

"They also provide promoters and venues with a clear set of rules to manage events for the safety of spectators.

"The involvement of industry representatives has also ensured the regulatory burden has been minimised.

"The Standards provide a good mix of industry self-regulation along with the legislative power to stop an event occurring if the standards are not adhered to."

Minister O'Byrne concluded that the Standards for Boxing and Combat Sports Contests provided a best-practice model for boxing and combat sport contests, providing certainty to many Tasmanian athletes, officials, organisations and promoters, stating "we have always set high sporting standards and by providing these new Standards, we ensure that continues."

For more information go to www.sportandrecreation.tas.gov.au