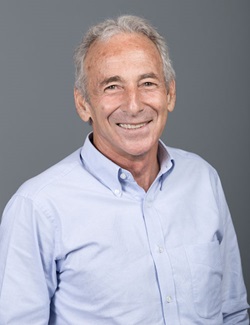 Queensland Tourism Minister Jann Stuckey announced Gregg's appointment, for three years from 3rd August, saying she was thrilled Gregg had accepted the position as he had the depth of experience and leadership ability to ensure Tourism Queensland delivered on the Newman Government's commitment to tourism as part of its four pillar economy.

Minister Jann Stuckey stated "Mr Gregg has worked in many sectors of the Queensland tourism and aviation sectors for over 30 years and I believe his appointment will help the Queensland Government achieve its goal of doubling overnight visitor expenditure to $30 billion by 2020."

Lee explained "Stephen Gregg has runs on the board in many sectors of tourism ... meaning he sees the issues and challenges from a whole-of-industry perspective.

"Stephen's background also means he understands the importance of a whole-of-government approach to tourism and the value of giving agencies like Tourism Queensland the creative room they need to operate most effectively.

"A degree of separation from government is vital to ensure Tourism Queensland has the autonomy it needs to pursue commercially-oriented outcomes, including entering into partnerships with the private sector.

"The industry is very confident that Stephen Gregg will ensure that Tourism Queensland maintains its strategic focus and is not restricted by being a government agency."

"Don's legacy must be the retention of that creative autonomy, coupled with sufficient levels of government support to allow Tourism Queensland to help the state achieve its goal of doubling overnight tourism expenditure to $30 billion by 2020.

"Without appropriate levels of funding for tourism infrastructure and promotion, that target will simply be unachievable and the Queensland economy will lose vital tourism expenditure that supports tens of thousands of businesses and 220,000 jobs across the state."

Stephen Gregg is currently Chair of the Queensland Tourism Industry Council, Chair of Tropical Tourism North Queensland and a director of Events Queensland. Gregg was previously the Chair of Queensland Rail.