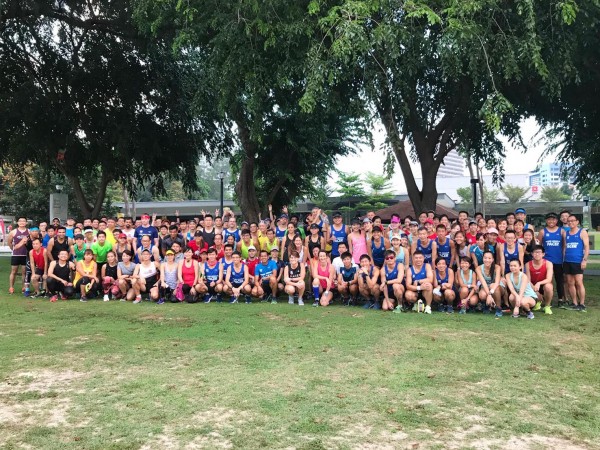 Registration for the marathon category at the Standard Chartered Singapore Marathon 2017 (SCSM 2017) has officially closed with more than 12,500 participants, a 20% year-on-year increase from 2016.

With marathon entries filled up for the first time in the race's history, the half-marathon and 10 kilometre categories are expected to sell out very soon.

Commenting on the increased demand in the full distance, Geoff Meyer, Managing Director of IRONMAN Asia, advised “this year, we’ve had numerous initiatives like pacer runs, the women’s squad, and clinics to educate and empower runners to trade up.

“It’s very encouraging to see that these have led to the marathon category selling out for the first time in many years, and less than 200 places remaining in the half marathon.

“In addition, the introduction of the new route with iconic Singapore landmarks and added entertainment have led to the marathon going truly international, attracting close to 50,000 runners of 126 nationalities.”

Runners who have booked their spaces at this years’ marathon can look forward to completely new routes which will take runners through some of Singapore’s heritage locations such as Little India, Chinatown and the Downtown Core.

Over the years, the Standard Chartered Singapore Marathon has developed significantly in size, stature and race experience, attracting an average of close to 50,000 runners yearly.

Among the registrants, 48% of those participating in the marathon category are non-Singaporean, with 37% coming from across Asia.

Meyer added “these numbers show the Standard Chartered Singapore Marathon is one of the most attractive races in the region. As a city, Singapore has a lot to offer runners, and we’re working towards delivering a top-class experience for everyone at the race this year.”

Into its 16th year, Singapore’s only International Association of Athletics Federations (IAAF) Gold Label event will double as the National Championships this year, as it bids to join the Abbott World Marathon Majors.