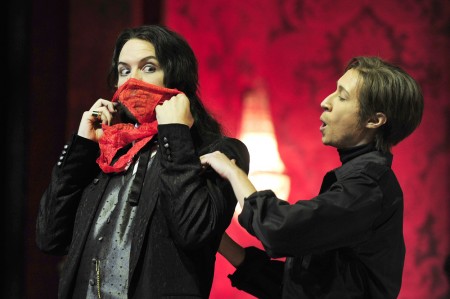 The Queensland Performing Arts Centre (QPAC) has congratulated all winners of the 2015 Helpmann Awards that were celebrated at a star-studded event in Sydney on Monday night.

QPAC Chief Executive John Kotzas said in particular he wanted to thank the partners who have worked with QPAC to achieve nominations and awards wins at this year’s Helpmanns, stating “the high standard of artistic achievement that can be accomplished via our partnerships with artistic visionaries Leo Schofield and Jarrod Carland for Brisbane Baroque, as well as closer to home companies such as Circa, Expressions Dance Company, Opera Queensland and Griffith University, along with our fellow Australian performing arts centres in Sydney, Melbourne Perth and Canberra has been proven by this year’s accolades.

“Creating art is a collaborative process and this has underpinned our shared success at these Awards. Such partnerships have been cultivated throughout QPAC’s history of presenting live performance in Queensland and we have been celebrating these relationships throughout this, our 30th anniversary year.”

2015 Helpmann Award wins were received for:

The inaugural Brisbane Baroque’s Faramondo was nominated for awards in eight categories, the most for any opera in this year’s awards.

2015 Helpmann Award nominations were received for:

• Carnival of The Animals for Best Presentation for Children, a co presentation with Brisbane based circus company Circa and QPAC.

Kotzas added “I want to congratulate and thank all the people from QPAC and our partner organisations who were involved in the awarded productions.

“They have demonstrated artistic leadership in our industry and are ‘the’ example to follow for future collaborative initiatives.”