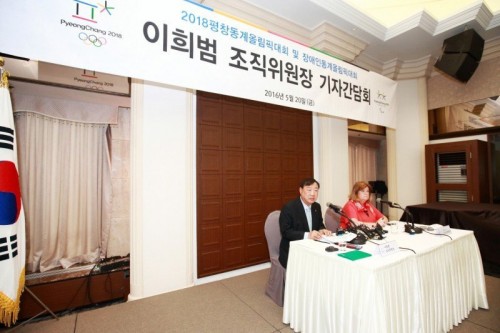 New PyeongChang 2018 President Lee Hee-beom has promised to organise a successful Winter Olympic and Paralympic Games, despite the financial, timing and leadership problems that have plagued preparations so far.

Lee admitted that time is running out with less than two years until the Opening Ceremony but claimed they are resolving outstanding problems with venue construction.

Lee stated “we have 630 days left before the Games start.

"That's not a lot of time, but that's still enough (to get things done).

"The hardware part of the preparations is proceeding well.

"There has been some concerns (over venues), but they will be solved before the start of the test events at the end of the year." 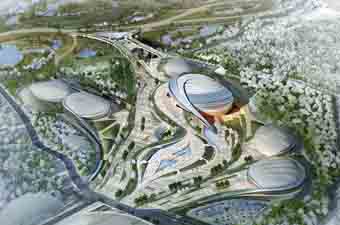 Lee also claimed that the Organising Committe will be able to reach 90% of their target of KRW ₩870 billion (US$731 million) in domestic sponsorships by the end of 2016.

Lee, who has spent his first official week on the job touring construction sites, insisted there are no serious financial concerns before bullishly predicted how they would "make history".

He added “the Olympics will raise South Korea's reputation in the world and will unite all South Koreans.

"We will prepare thoroughly and make the PyeongChang Games go down in history."

"I did follow the issues of the PyeongChang Games because I've also served as a consultant after we won the bid.

"I know people's expectations and concerns about me, but I will solve them."

Given the ongoing problems with preparations for Rio 2016, as well as the respective doping and corruption issues surrounding Sochi 2014 and Tokyo 2020, the International Olympic Committee can do without a further escalation of concerns with Pyeongchang.

In a typically optimistic release, the IOC claimed to have "strong confidence" in the new leadership team, promising even closer collaboration.

Speaking during here visit Gunilla Lindberg stated “I have no doubt that under Mr Lee’s leadership, the capable team at PyeongChang2018 will deliver outstanding Games that have a unique Korean feeling and leave a lasting positive legacy for PyeongChang, Gangwon Province and the Republic of Korea.”

However, Lindberg Swede did admit, that there remains "a lot of work to be done".