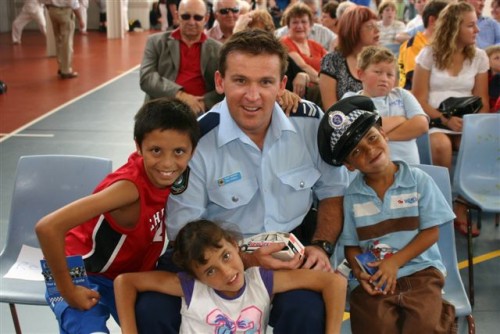 Police and Community Youth Clubs NSW have celebrated 75 years of providing sporting and cultural activities for the youth of NSW.

The milestone was celebrated yesterday (16th February) at an event at which NSW Police Force Commissioner Andrew Scipione and NSW Minister for Police, Mike Gallacher joined PCYC NSW Chief Execuitve Chris Gardiner and a line-up of sporting champions and media personalities to mark 75 years of service to the community.

Launching the anniversary celebrations, Commissioner Scipione reflected on the inspirational vision of Commissioner William John Mackay - founder of what was then known as Police Boys Rotary Clubs.

Mackay was perhaps best known for his hard-nose policing during the Sydney Razor Gang days in the 1920s and, as Commissioner in the 1930s, one of his biggest priorities was inspiring young members of the community to become great citizens. Despite his tough approach to crime he sought a partnership whereby Police worked directly with the community to support young people. Today that partnership lives on at 57 PCYC's across the state.

Commissioner Scipione said that Police appreciated the opportunity to work with young people to understand their attitudes and in turn to help young people recognise what the wider community expected of them, stating "Police have long enjoyed working with young people through PCYC. The clubs provide a dynamic base for Officers to engage young people. It's unique, PCYC is the leading organisation dedicated to inspiring young people to be great citizens."

NSW Police Minister Gallacher also outlined the NSW Government's commitment to enhancing the PCYC network across the State, which will include the establishment of eight new clubs. 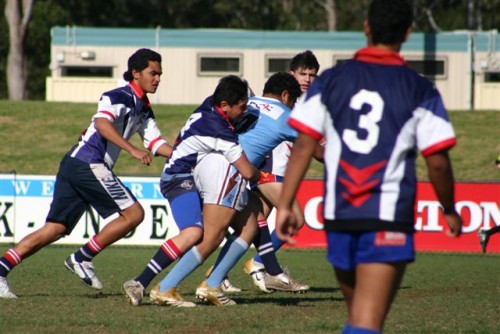 Gardiner said that young people still joined PCYC because throughout its history it had been relevant to their lives, whatever the period, adding "from the 1930's to 2012, PCYC has attracted young people and their communities across NSW. From training for various sports, to attending the famous Blue Light Discos and more recently undertaking road safety programs, young people quickly learn that PCYC is a good place to be.

"PCYC is one of New South Wales' largest pieces of social infrastructure with 57 Clubs that are home to approximately 85,000 members, supported by a dedicated NSW Police Force Youth Command contingent of over 120, more than 2,500 volunteers and a staff of more than 400 people.

"In 2012, we will roll-out an extension of our Blue Star Leadership program and introduce 'Friday Night Free' services. These will complement some of the highly successful programs such as our young driver education campaigns and the popular sports, arts and recreational activities on offer.

"As a registered training organisation we will also introduce online learning options alongside a re-launch of our website by mid-year.

"One of our ultimate aims is to use our 75th milestone to challenge the community to debate citizenship - not as something that applies only to citizenship ceremonies, but to every Australian, every day.

"We want to make the point that, community, is the outcome of what citizens do. We would like to renew the concept of great citizenship; of individuals committed to practical service for the common good. As parents, as employees, as local sports club members or just as individuals. We want adults to be modeling this to young people.

"We will also look to develop a new cluster of activities into a PCYC citizenship initiative that builds on the BlueStar Leadership Program. We will make announcements on these initiatives later in the year."

Cricketing great Doug Walters said that the discipline of sport and club membership was a lesson young people going through PCYC programs carried well into their adult life, concluding "whatever teams you belong to you also belong to the larger one: the community. Young people who join PCYC understand that and become great contributors."

Gardner also announced that PCYC NSW would returning to its original historic name, stating that Police and Community Youth Clubs NSW would once again be known as Police Citizens Youth Clubs (retaining the well-known acronym PCYC).

PCYC NSW was profiled in the May/June 2007 issue of Australasian Leisure Management.

For more information go to www.pcycnsw.org/