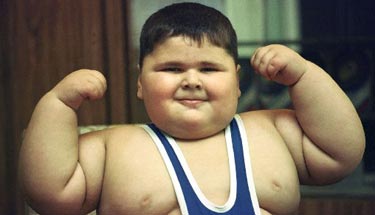 India is bracing for a massive surge in type 2 diabetes, with credible estimates putting the number of sufferers in the next 20 years at more than 100 million.

It is a frightening phenomenon that threatens to overwhelm the country's health system, according to a leading diabetes specialist in India.

Between them, India and China now have more than half of the world's type 2 diabetics.

Dr Ranjan Yajnik, the director of the diabetes unit at King Edward Memorial Hospital in Pune says India's struggle with diabetes is one of the largest epidemics the world has ever seen.

Dr Yajnik says the rapid rise of diabetes is mostly in the developing world, recently telling the ABC "populations which have faced under-nutrition for a long time are now exposed to the over-nutrition of the modern world through globalisation, westernisation.

"And given the bad nutritional history of the developing world, the epidemic is exploding in developing countries."

In India during the past two years, non-communicable diseases such as diabetes, certain cancers and heart disease have overtaken infectious diseases as the leading cause of death - despite the increasing number of people with HIV/AIDs and tuberculosis.

Indians are particularly vulnerable to type 2 diabetes because genetically they have a higher percentage of body fat to muscle, compared to Europeans.

This gets deposited around the abdomen, where it interferes with insulin and increases sugar levels in the blood, causing diabetes in people with a low body mass index.

Dr Yajnik added "compared to Europeans, Indians get diabetes at a much younger age.

"So the average diagnosis in an Indian is late 30s or early 40s, as opposed to early 50s in the Europeans. This means people are affected at the prime of their productive life."

When Dr Yajnik was a medical student 40 years ago, diabetes was extremely rare in India. Today, 10 to 15% of adults living in cities have the disease, and numbers are growing very fast.

What makes it worse is that many Indians suffering from type 2 diabetes are unaware they have it, which means that by the time they seek treatment, it is often too late to avoid limb amputation and loss of sight.

They then become dependent upon their families, which creates big problems for the economy.

A third of Indian babies are born with a low birth weigh, which is the highest figure anywhere in the world.

Babies born with a low birth weight are at a high risk of contracting type 2 diabetes and heart disease as they grow older because many of them are consuming too much of the wrong type of food and drink as children, and not exercising.

"The statistics are now coming in that babies who are born small, but grow big during childhood, are at a very high risk of diabetes as adults. And if anything, the urban situation in India provides you with the background for this to happen."

India's middle class has increasing access to high-calorie, nutrient-dense food including takeaway and restaurant meals, which are high in saturated fat, sugar and salt.

Combined with a highly sedentary lifestyle that revolves around television, computers and many hours each day of studying, it is a potentially lethal time bomb.

A quarter of affluent urban Indians are now obese, and obesity is increasing rapidly among urban school children.

Dr Yanjik added "children prefer to eat fast food and drink a cola rather than carry the bottle of water and the tiffin from home.

"People are munching all the while, they're carrying food in their pockets and eating snack foods throughout the day." 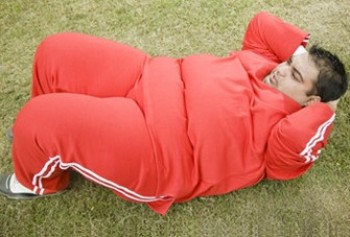 This is a pattern the Foreign Correspondent team saw repeated over and over again in countries in filming Globesity - Fat's New Frontier.

In Mexico, China, Brazil and India where the economies have improved, people are getting richer, and they are getting fatter and sicker.

For many dietary and nutrition experts, fat has become the new tobacco.

Leading US academic Marion Nestle told the ABC "we're in a world in which rates of obesity are rising so rapidly in emerging economies that the health care systems can't keep up with them.

"The rate of change is so rapid that even in countries in which large segments of the population don't have enough to eat, are malnourished, are wasted or stunted, equivalent numbers of people in those countries are gaining weight so quickly that they are developing type 2 diabetes and heart disease."

The latest genetic research is changing thinking about ways to tackle the epidemic.

It turns out that babies are being programmed for diabetes and heart disease while they are still in the womb.

Dr Yajnik adds "the intrauterine exposure to the mother's nutrition, her metabolism, the balance or imbalance in the food items - that programs the baby.

"That tells the genes how to function, how to behave, and that remains with the baby for the rest of life."

Traditional diabetes prevention focuses on the lifestyles of adults.

But Dr Yajnik says that should change, because any improvements will not be passed on to the next generation, believing young girls should be the target.

He concludes "if you look at all the diabetes prevention programs, be it in America, Finland or Australia, they concentrate on middle-aged, overweight adults.