No holiday plans for 3.6 million Australians 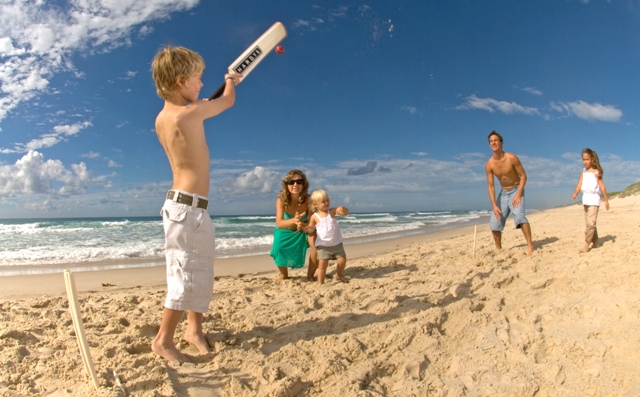 With even the simple act of planning a holiday doing wonders for people’s happiness levels, new findings from Roy Morgan Research reveal that some 3.6 million Australians aged 14 and over have no holiday plans.

Almost 14.1 million Australians (72.4% of the population) are intending to travel within the next 12 months, with close to half of that number planning to depart in the next three months.

In addition, nearly 20% are looking forward to a holiday sometime within the next three to five months (making it the most common time frame for Australian holiday intenders), and 17.8% are intending to take their next trip in six to 12 months.

However, when asked, “when are you next likely to travel in Australia or overseas on a holiday of 1 or more nights?” 18.3% of Aussies reported that they had “no trip intention” - making this the second-most common response of all the time frames offered!

"When are you next likely to travel in Australia or overseas on a holiday of 1 or more nights?" 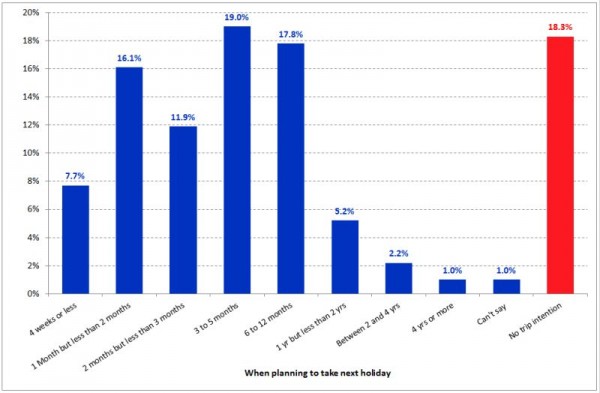 No trip intended
Certain sectors of the population are noticeably less likely than average to be planning a trip of any kind. Nearly a third (31.4%) of Aussies aged 65+ don’t have any holiday plans at all; nor do 27.3% of single parents. Socio-economically disadvantaged Australians are the least likely to foresee any holidays in their near or distant future: 35.2% of people from the lowest socio-economic quintile* (FG) say they have absolutely no intention to travel.

Of course, these aren’t necessarily mutually exclusive groups; over half of 65+ year-olds and nearly 40% of single parents with no plans for a holiday fall within the FG quintile.

While people who don’t work (whether because of age, unemployment or other reasons) are almost twice as likely than the average Aussie to have no travel intentions, there is one segment of the workforce which is also considerably less likely to be planning a holiday: people with more than 10 weeks of annual leave accrued.

Commenting on the findings Angela Smith, Group Account Director, Roy Morgan Research, explains “even if they haven’t yet booked or finalised it, many people take great pleasure from just knowing they’ll be taking a trip in the foreseeable future.

“But what of the 3.6 million Australians who say they have no plans for a holiday, not even four years down the track?

“While our data does not measure happiness levels, it does tell us that 2.2 million of these non-trip intenders are from the more disadvantaged end of the socio-economic spectrum (the E and FG quintiles), so their lack of holiday plans is most likely due more to budgetary restrictions than not wanting to travel.

“Certainly, our data tell us that people who say they have no intention of taking a holiday are more likely than the average Aussie to be worried about interest rates at the moment and less likely to feel financially secure.

“But possibly more concerning is the fact that these same people are consistently less likely than the average Australian to participate in leisure activities as diverse as visiting or entertaining friends/family, holding dinner parties or going to the movies, playing sport or doing any kind of formal exercise, attending rock/ pop concerts or eating out. They are also less likely to go the beach, do any gardening, read novels or non-fiction books or visit a pub, RSL or Leagues Club.

“While some of these pursuits involve a certain financial outlay, some are free or extremely low cost, accessible to people from all walks of life – suggesting that the below-average leisure participation of non-trip intenders may be due to other factors beyond money. Which, in turn, suggests that they probably need a holiday more than they realise.”