A staggering 92% of Australian teenagers are struggling to meet the Australian Physical Activity guidelines of 60 minutes of physical activity every day according to a new report from VicHealth.

By contrast, 12 to 17 year-olds are almost five times more likely to be on their smart phone or tablet than being active with the average teenager spending more than three hours a day engaged with screens on their smart technology.

In an attempt to combat this, VicHealth has announced up to $6 million in new funding over three years to get teens moving as part of its Growing Participation in Sport program.

Explaining how teenagers often drop out of sport because it stops being fun and starts being competitive, VicHealth Chief Executive Jerril Rechter stated “health experts are warning that our kids could be the first generation with lower life-expectancy than their parents. Low levels of physical activity are a key driver of this change.

“Playing sport is a really fun and social way for our kids to keep active, but we know that sport participation halves when they hit their teenage years.

“Many teenagers have told us that they stopped playing sport because it stopped being fun. Other reasons include too much focus on the competition and skill level and teenagers having to juggle other commitments like their academic performance, part-time work and social lives.

“The way sport is traditionally offered isn’t what many teenagers are wanting. We want to work together with sporting organisations to get more teenagers across the state active and healthy through sport.”

The report highlights various reasons why teenagers disengage from sport and keeping active. A recent Australian Sports Commission (ASC) project on youth sport participation found that from the age of around 14, sport can become more stressful, which can cause young people to retreat from sport altogether. 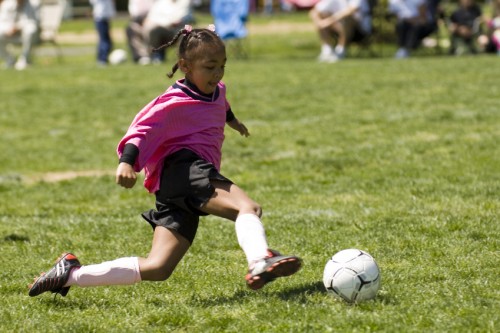 Rechter said the program would address findings in the report to provide sport programs for teenagers that are fun, social and less competitive, adding “being a teenager can be really stressful, particularly having to juggle increasing pressures at school with part-time jobs and being social. Sport can be a great stress reliever, but only if it’s offered in a way that allows kids to enjoy it.

“We want to see sport programs that are low-cost, social, and less focused on winning and being the best and more focused on having fun and building skills.

“We’ve had great success in the past working with sports to create social programs for adults such as Rock Up Netball, Social Sixes cricket and hockey’s J-Ball.

“We’re really excited to now be working with national and state sporting organisations to deliver new sport participation opportunities that we hope will get less active teenagers active, healthy and having a great time.”

Exercise & Sports Science Australia (ESSA) is backing the VicHealth initiative, believing that all Australians, including children, should have access to sporting opportunities and programs to help keep them active.

ESSA Chief Executive Anita Hobson-Powell explains “encouraging children to be more active is always a great idea, for both their physical and mental health, and ESSA is supportive of this.

“By creating more opportunities for accessible sporting programs for Australian children, the time spent being active has the chance to reduce screen time.

“We know that as children grow and age, their lives can become stressful from a range of competing demands such as school, studying, part-time work, socialising, keeping active and much more,” added Ms Hobson-Powell

“With this new funding, ESSA hopes to see sporting organisations deliver new sport participation opportunities and programs that are low-cost, social, and more focused on having fun and building skills.” 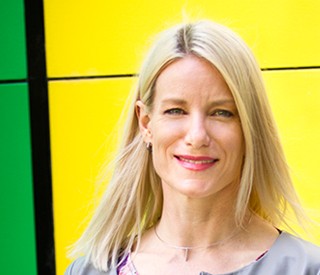 Teenagers and sport:
• Nine out of 10 teenagers are doing less than 60 minutes of exercise each day
• Teenagers are almost five times more likely to be using a screen device than being active – teenagers 15 to 17 years spend around 40 minutes a day being active and around 180 minutes doing screen-based activities, like watching TV or using their smartphones
• Sport participation halves at around age 15
• Almost half of children under 15 play no sport at all (outside of school hours) during a typical week.

Why teens stop playing sport:
• Too much focus on winning and being skilful
• Needing too much time, financial resources or family support to play
• Having to prove themselves and try out for limited places on a sports team
• Pressure to perform on the sports field
• Competing priorities including academic performance, part-time work, social activities and screen-time.