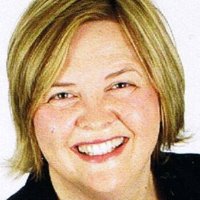 Belford, who joined Tourism WA five years ago, has had a number of roles across the agency, including Director Executive and Strategic Services.

She was also acting Executive Director, Investment and Infrastructure from June 2012 to February 2013, showing great leadership in the FESA House mixed-use redevelopment project and the development of the Western Australian Caravan and Camping Action Plan and the State's Cruise Shipping Strategic Plan.

In a 20 year career in research and strategy in Perth and London, Belford has also been seconded to the Department of the Premier and Cabinet to drive the development of a sustainable business plan for the ANZAC Interpretive Centre being built in Albany for the ANZAC Centenary.

In her new role Belford will lead the team responsible for the facilitation of strategic tourism infrastructure in Western Australia.

For more information go to www.tourism.wa.gov.au