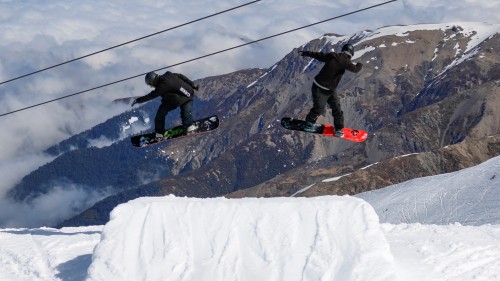 South Island ski resort Mt Hutt is scoping out an extension to the current winter season specifically to provide freestyle skiers and boarders with the chance to enjoy the snow-covered terrain park.

Ski Area Manager James McKenzie said that he and the team had made the calculations around resource, staff and snow cover, as well as demand., explaining “thanks to the incredible snow this year, we have developed one of the best terrain parks in years. It’s a shame not to use it for as long as we can.

“A few staff are super keen to stick around for a couple of extra weeks after our official closing date on 15th October because they just don’t want the season to end.”

350 Spring Park Camp Passes are now available to purchase covering the period from 16th to 29th October. This pass gives guests lift access to Gunners Alley, Jib Garden and Cross Course terrain parks with approximately 20 features including rails, boxes and six jumps, as well as access to professional coaches who will be offering instruction to groups on a first come first served basis on weekends during this time. 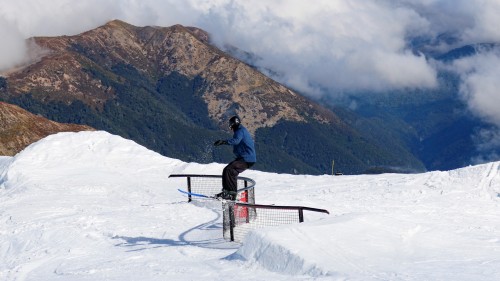 McKenzie added “that is exceptional value. By focusing all our remaining people and resources on one location we have a unique opportunity to provide facilities and training for athletes and amateur park lovers well beyond the usual season.

“If there is demand we may extend the coaching to mid-week too.”

Spring Park Camp Passes are $189 and available to purchase online or at Guest Services until Friday 13th October.

With existing season passes not valid after 15th September the new passes will come into effect on 16th October and will allow unlimited skiing/riding in our park until 4pm 29th October, weather dependent.

The pass covers the mid-mountain terrain park - serviced by the Quad Chair lift - with no other terrain will be accessible/groomed.