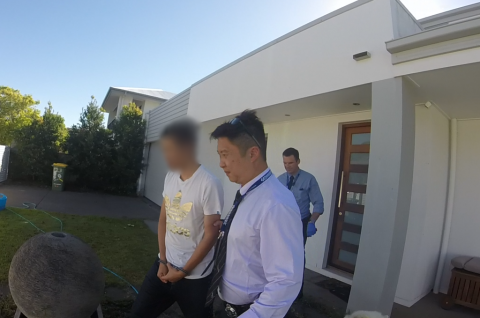 Queensland Police have revealed that a 33-year-old man has been charged by detectives from the Crime Command’s Financial and Cyber Crime Group following an investigation into computer hacking and fraud including the online sale of non-existent tickets to Ed Sheeran’s upcoming Brisbane concerts.

Detectives will allege that a man contacted interested concert-goers on a non-authorised online ticket platform and offered to sell them tickets.

A number of people then paid the man for the tickets via a bank transfer, but never received them.

“Only use the official authorised sellers and their platforms. Do not move away from those platforms to buy tickets or items, particularly if asked to. It is most likely you are being scammed.”

Five more victims have reportedly already come forward since the man's arrest on this morning.

According to the Australian Associated Press, the arrested man appeared to be an experienced scam artist who had opened the bank account under a fake name.

Ed Sheeran's Australasian tour all but sold out in hours and unofficial ticket re-sell sites have reported prices as high as $3500 for a ticket to a Melbourne show.

Sheeran's 18 date tour sold more than one million tickets nationally, beating a record set by Dire Straits in the 1980s.

The British rockers sold 950,000 tickets on their Australian and New Zealand tour in 1986.

Gudinski said despite hosting some of the biggest names in the world like The Rolling Stones and Paul McCartney, he was blown away by the response to Sheeran's shows.

He advised "I've never seen a tour like Ed's. To sell one million tickets is simply phenomenal.”

The alleged fraudster will appear in the Brisbane Magistrates Court on 3rd April.

The victims' money has yet to be recovered as investigations continue.

If you have information for Queensland Police, contact Policelink on 131 444.