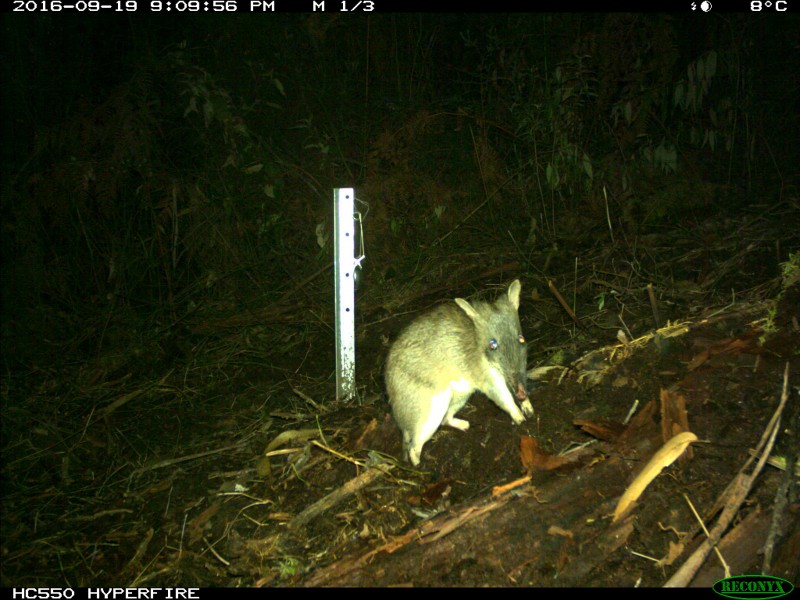 The cameras have been installed as part of Parks Victoria’s Otway Ark program, which will help to protect native small mammal species currently found in the Otways environment, through an invasive predator control program.

Initial ‘baseline data’ results of what is currently living in the forest were gathered in the first 12 months and have Parks Victoria rangers ecstatic, with 50 different species lured in front of the camera by an oat, golden syrup and peanut butter attractant.

More than 17 bird species were identified including Satin Bowerbird, Australian Owlet-Nightjar and the Southern Boobook Owl, as well as many more common species such as Rosellas, Kookaburras, Wrens and honeyeaters.

Commenting on the project, Parks Victoria Otway Ark Project Coordinator, Catherine Longmore explained “hidden cameras are a fantastic tool as you find out all the species that live in this special environment without having to capture and disturb the animal.

“Cameras are a very efficient use of resources: we have conducted 13,055 days and nights of camera monitoring, which equates to 35 days x 373 sites, which saves considerable staff time.

“This initial 12 month data is very encouraging: it is showing species are present which are endangered and extinct elsewhere. The Great Otway National Park is a special place with a critical role in protecting and conserving small native mammals.

“The next stage of the program will involve invasive predator control. Fact sheets and information will be available.”

For more information go to www.parks.vic.gov.au