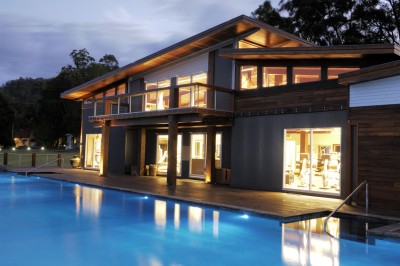 Reflecting the rapid globalisation of the spa industry, SpaFinder readers selected their favourite spas globally, from traditional spa destinations like Thailand and the Caribbean, to emerging spa markets like China and Russia.

In all, ballots were cast for more than 1,500 different spa properties around the globe. Voters were asked to only cast ballots for stay spas they've personally visited within the past three years.

According to SpaFinder President Susie Ellis, "what sets Gwinganna apart is the staff, the setting, the program, the cuisine, the treatments - in fact they do everything well. In many ways I found Gwinganna to be a glimpse into the destination spa for the 21st century.

"It isn't often that a spa which has only been opened a few years becomes a top spa award winner so quickly. But after visiting Gwinganna, I can understand why. They have incorporated the best of spa practices from around the world and made it their own. The result is a spa with a perfect balance which creates that balance in its clientele."

Gwinganna Lifestyle Retreat's Readers' Choice Award will be formally presented during an invitation-only gala at the new Spa by Guerlain® in the Waldorf Astoria Hotel of New York on 14th October.

For more information go to www.gwinganna.com