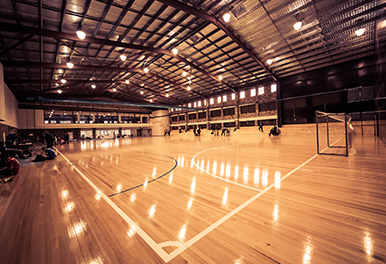 The Home of Football NSW - Valentine Sports Park - will host the 2015 FFA National Futsal Championship for the first time at its newly built state of the art Futsal facility.

Football NSW’S main objective is to deliver a faultless Championships and provide a unique event experience for all participants.

Celebrating the 36th anniversary since the inception of the Championships in 1980, Football NSW Chief Executive Eddie Moore is delighted that Australian Futsal’s most important event will be held at the new state of the art facility.

Moore explained “this is a fantastic announcement for the sport of Futsal in NSW.

“Hosting the event in Sydney allows us to showcase the new facilities at Valentine Sports Park as the tournament hub and Australia’s ‘new home’ of Futsal.

“To be able to facilitate a prestigious tournament such as the FFA National Futsal Championships where players, coaches, referees and spectators anticipate this as the biggest week for the sport is a huge coup for the organisation.

“Football NSW has unashamedly been a major force in the development, promotion and delivery of Futsal competitions and programs and with this Championship being held in our backyard, will only further assist in the progression of Futsal.

“We are also building strong grassroots competitions with over 9,000 school students featuring in our Futsal competitions and have consistent Futsal Premier and State Leagues.

“We are also leading the way with the F-League as the National Club Championship and our engagement with the Futsal AWD community has progressed steadily.

“Football NSW understands the responsibility of hosting a National Championships and we are committed to working with FFA to grow and develop the event and game of Futsal.”

FFAs Head of Community and Women's Football, Emma Highwood, was eagerly anticipating what has been regarded as one of the biggest events involved with futsal in NSW.

“Football NSW have demonstrated their commitment to Futsal through the management of the F-League, which is starting to attract the most talented players from across Australia and we are confident that this commitment will carry over into a top class tournament. We here at the FFA hope that all of the competitors at the National Futsal Championships enjoy a fantastic competition.”

Football NSW’s commitment to Futsal is further evidenced by the level of representation in the coaching and playing roster of the Futsalroos and the success of the various State teams.

This will not be the first time the FFA National Futsal Championships will be staged in NSW.

The FFA Futsal National Championships made its debut in Melbourne, Victoria in 1980 before moving to Broken Hill, NSW in 1981 where women played for the first time. It then returned to its origin in Revesby, NSW in 1982 before NSW once again hosted the Championships in both 2002 and 2003 in Homebush.