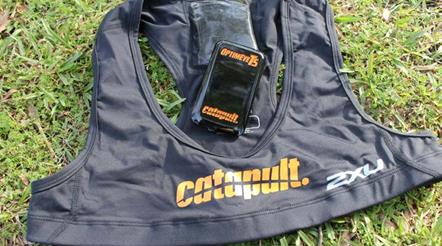 Commenting on how the agency was helping build Australian businesses and boost the country’s productivity, CSIRO Director of Business Development and Commercial Jan Bingley stated “Catapult Sports already have some of the world’s best sports teams using their devices, including almost all English Premier League teams, NRL, AFL, American football and basketball and international hockey, rowing and sailing teams.”

WASP can track people and objects to an accuracy of up to a few centimetres, a great improvement on conventional methods such as GPS and WiFi-based tracking, which in underground environments are either inaccurate or don’t work at all.

CSIRO has now created more than 150 companies and currently hold interests in around 30. It is also Australia’s largest patent portfolio and issues around 80 licenses each year, many to Australian businesses.

Bingley added “CSIRO works with about 3000 clients each year, including more than 20 per cent of the Australian Stock Exchange top 200 companies and 1300 Small to Medium Enterprises.

“Our aim is to play an important role in providing Australian industry with access to leading capabilities and technologies that help to improve the productivity or competitiveness of Australia.”

CSIRO has now created more than 150 companies and currently hold interests in around 30. It is also Australia’s largest patent portfolio and issues around 80 licenses each year, many to Australian businesses.

31st July 2010 - Embracing the future at Our Sporting Future forum