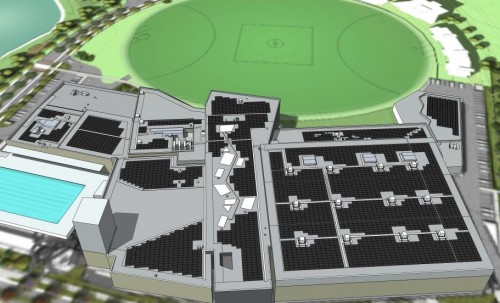 With its extensive modern facilities, the Cockburn ARC will use an estimated average 4630MWh of electricity annually.

With the City of Cockburn having a long term commitment sustainability, the new $109 million facility the installation will generate 1550MWh of energy per year, providing about one third of the facility’s annual load.

The installation follows the Council having signed a GST-inclusive $2 million agreement with Solargain to supply, install and maintain its 901.4kW portion of the rooftop solar system - equivalent to taking 416 cars off the road each year, powering 266 homes annually or reducing greenhouse gas emission equivalent to planting 168 trees a year.

Explaining that the installation will create yearly savings of about $300,000 and a carbon dioxide offset of 1170 tonnes a year, Cockburn Mayor Logan Howlett stated “the environment is the foundation for sustainability in the City of Cockburn.

“Increasing the use of renewable energy and reducing greenhouse gas emissions are objectives included in the City’s Sustainability Strategy 2013-2017. 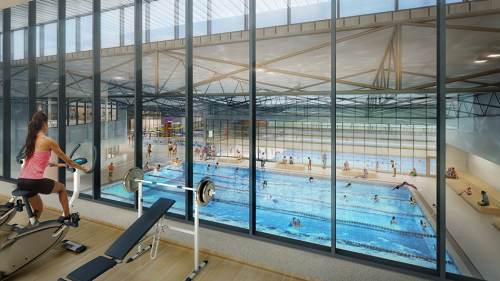 The energy generated by the solar photovoltaic (PV) system would help run the centre’s four heated pools – a 25 metre indoor, a 50 metre outdoor and leisure and hydrotherapy pools – as well as spa and sauna facilities, a café, crèche, indoor playground, gym, playing courts and change rooms.

Commenting on the project, Solargain Chief Executive Domenic Mercuri added “it’s an exciting time for Solargain. We are proud to be part of the team driving Western Australia’s solar future forward and to demonstrate our extensive commercial solar experience on such an iconic project.”

Installation of the solar panels will begin next January for completion by the end of March and will involve a team of up to 15 people.

• When installed, the Cockburn ARC solar PV system will include 3592 solar panels.
• The centre’s 280W PV panels will span 6841 metre², about a third of the size of the co-located Fremantle Football Club’s 19,926 metre² oval.
• The City of Cockburn was overall national winner of the 2012 Australian Sustainable Cities Award, presented by Keep Australia Beautiful-Sustainable Cities

For more information on the Cockburn ARC go to www.cockburnarc.com.au

Images: The planned rooftop solar PV installation at Cockburn ARC (top) and the planned interior of the facility (below).