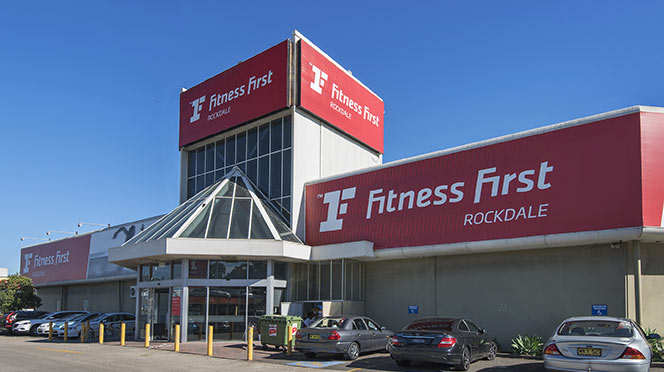 The brutal shooting murder of former motorcycle gang leader Mahmoud ‘Mick’ Hawi in the car park of the Fitness First club in Rockdale this week has led to revelations of previous gang-related violence at the gym.

Fairfax Media has reported that gang violence at the gym back in 2008 saw the Australian Federal Police advise management the gym that a working personal trainer with Comanchero links was not to be dismissed because "it would put people in danger".

Edward Rosier was a regional personal training manager for Fitness First between 2008 and 2009, and told Fairfax Media “the day I took over Rockdale, as one of the clubs I would oversee, was literally days after a massive brawl had taken place in the gym ... between the Comancheros and a rival bikie gang."

Referring to an incident on 12th December 2008, Rosier advised “it involved around a dozen guys ... they had used gym benches to hit each other and were taking pins out of machines to use them as knuckle dusters to fight."

As a result of the brawl, which was attended by local police, the club had to be closed for a few days, 24-hour security guards were hired and benches were bolted to the floor.

Rosier advised "it created a lot of problems with the club. We lost members and trainers, most of them wanted to move well away from anywhere near Rockdale.

"We were then told by the AFP that a trainer, who was one of the Comancheros, was not to be dismissed because it would put people in danger ... he wasn't a particularly busy trainer, but he always paid his rent on time."

Rosier said 24-hour security guards employed by Fitness First were "highly ineffective", adding “there was nothing they could do, (banned) bikie members would just hop over the counter and train if they wanted to."

An AFP spokesman said the AFP "does not confirm or deny operational or intelligence matters."

Fitness First operates a franchise personal training model, allowing trainers to use the gym facilities, but effectively run their own business under the Fitness First brand.

A number Fitness First’s former Sydney clubs, in Granville, Bankstown and Five Dock, have reportedly been home to members with bikie links. All three clubs no longer operate under the Fitness First brand as a result of unrelated business decisions.

Commenting on the murder of Hawi this week, Rosier added "I was not surprised whatsoever (by the shooting). We had a lot of trouble with clubs in south-west Sydney.”

More recently, in 2016, a wild brawl erupted in the car park of the Rockdale fitness centre, involving up to one dozen men armed with bars and makeshift weapons, leaving one man injured.

A Fitness First spokeswoman said the brand's code of conduct required members to show respect and "not behave inappropriately towards staff and members."

The spokeswoman added “individuals who commit serious breaches...are immediately reported to the police and have their gym membership cancelled."

It is understood some individuals had their memberships suspended or cancelled following the incident in 2008.

NSW Police investigators yesterday announced the formation of Strike Force Amirs to investigate the shooting of Hawi on Thursday this week.

In 2011, Hawi was found guilty of murder and affray in relation to the 2009 murder of Anthony Zervas at Sydney Airport in March 2009.

In 2014, the conviction was set aside by the NSW Court of Criminal Appeal before Hawi was allowed to plead guilty to the lesser charge of manslaughter and given a six-year sentence.