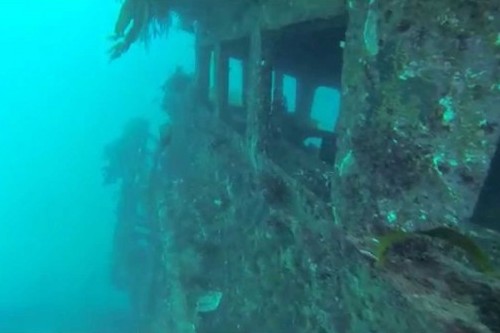 Gold Coast Tourism and the Queensland Government have announced plans to commission a study into the feasibility of a man-made reef on the State's south-east coast.

The reef is among a range of new attractions being considered in a bid to lure international visitors back to the region.

Details about what the reef will look like and exactly how and where it will be constructed are yet to be worked out, but Queensland Tourism Minister Peter Lawlor said the radical plan would expand the state's reputation as a dive destination and water playground overseas.

Minister Lawlor stated "diving or snorkelling the Great Barrier Reef has long been a 'must do' experience for visitors to Queensland and developing a new dive site in southern Queensland will only add to the range of diving experiences available and encourage visitors to the Gold Coast to stay longer.

"This study will focus on the type of reef that could be developed, potential dive sites, operational requirements and the potential economic value of a dive attraction."

Dive Tourism Queensland Association President Peter Boundy said dive operators in the state's far north would not be worried about losing business to an artificial reef on the Gold Coast, stating "we see nothing wrong in opening more areas for diving, but the Great Barrier Reef is the Great Barrier Reef - it's the greatest.

"Nothing will ever, ever outdo the real thing."

Instead, he said an artificial reef would likely prove to be a successful venture and attractive to novice divers.

"It will attract plenty of fish, that's for sure. Put anything in the water and the fish will come."

In the year to September 2009, 794,000 international and 3.2 million overnight domestic visitors spent time on the Gold Coast.

The tourist dollar spend also increased on the Gold Coast by 4% in the past year.

Gold Coast tourism operators have weathered the global financial crisis much better than their counterparts in far north Queensland, who suffered with the dwindling Japanese tourist market.

Minister Lawlor added "competition for the tourist dollar is increasingly fierce and it's important for destinations to constantly look at ways to improve their visitor experience be it investigating new product opportunities, increasing customer service levels or providing business advice and support to operators."

Image: The HMAS Canberra wreck dive off the Victorian coast.